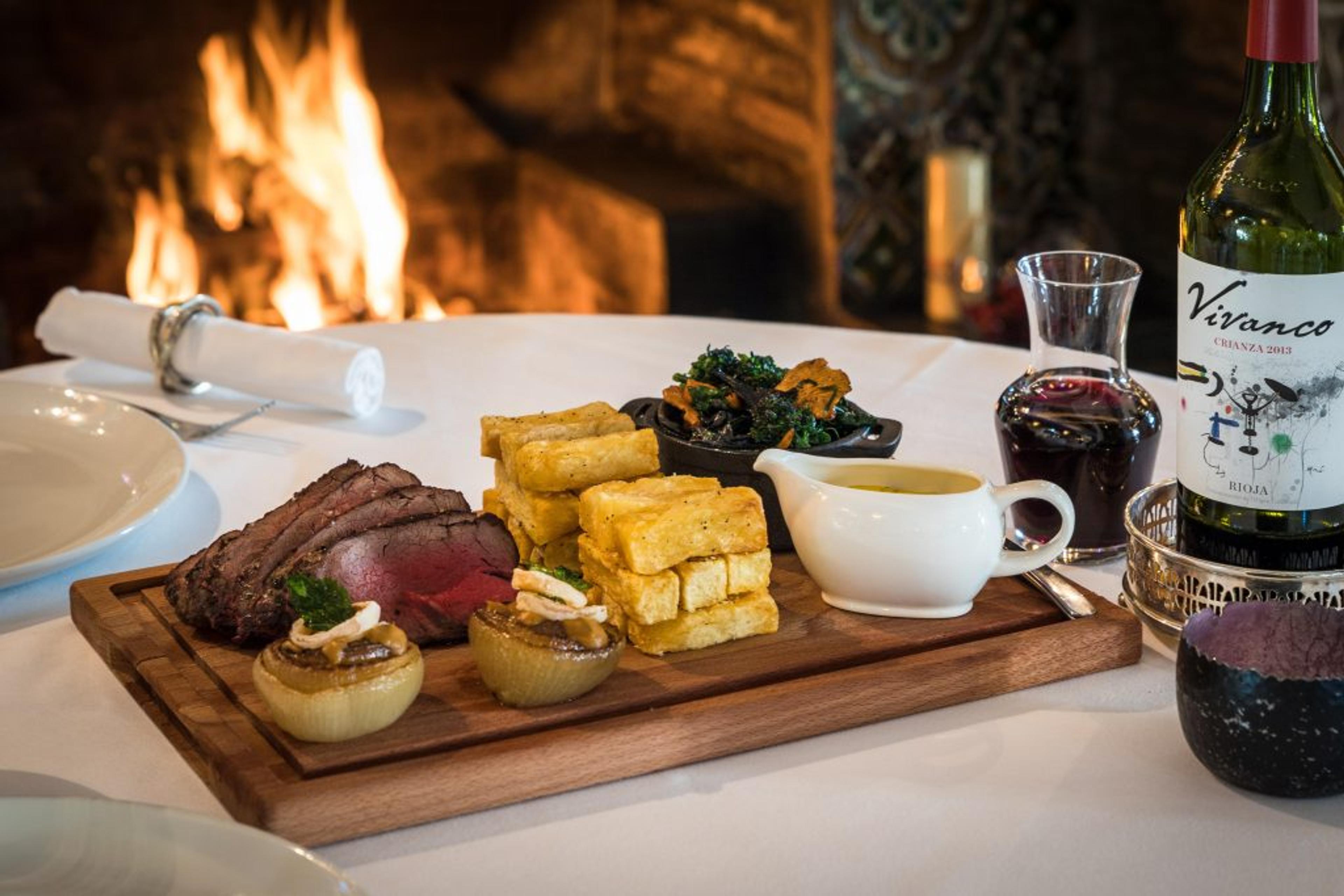 A trip to Cornwall isn’t the usual go-to weekend getaway approaching the winter period, though it should be for anyone seeking a break from city mayhem.

A trip to Cornwall isn’t the usual go-to weekend getaway approaching the winter period, though it should be for anyone seeking a break from city mayhem. During this period, everything becomes quieter and more tranquil. Family trips to the beach for water sports activities and sun-drenched patios are swapped for cosy afternoons in the pub in front of the fire with a local organic ale. A charming moodiness blankets the seaside towns of Looe and Polperro, reminding you to relax and sit back. Team Coco checks into Talland Bay Hotel just yards from the South West Coast Path and Talland Bay beach for a traditional and quintessentially British getaway. Here’s the verdict.

Talland Bay Hotel is a luxury retreat surrounded by sprawling coastal views, secret footpaths and pebbled terraces in a tranquil corner of South East Cornwall. The building dates back to the 16th century and was once owned by the Trelawney family – of Bishop Trelawney fame – until 1919. Most recent awards include taking Gold in the ‘Small Hotel of the Year’ and Silver in the ‘Restaurant of the Year’ categories at the Cornwall Tourism Awards 2018/19 and Gold in the Taste of the West Awards. They’ve also been awarded four Stars and two Rosettes from The AA.

The 23-room boutique property offers a range of sea view rooms, classic rooms and garden suites. A tasteful palette turns quirky with hints of teal, sienna and ochre and an eclectic mix of ornaments that bedeck the walls inspired by the hotel’s designer, Penny. The sea view rooms are backdropped by pine-fringed lawns stretching down to the ocean. A wall separates the main bedroom from the walk-in wardrobe space which features a tasteful dressing table designed specifically for primping and multiple outfit changes.

Elegance and quirky somehow meet in this dinner setting which features a mishmash of ancient Chinese artefacts with Alice in Wonderland trinkets. The kitchen is headed by Nick Hawke who trained under Michelin-star influence before embarking on his culinary journey at Talland Bay. Indulge in the blackened moorland cross sirloin paired with Peacock Ridge Merlot for a concoction of rich flavours. The palate-cleansing raspberry sorbet paves the way for more indulging. For dessert, the prune soufflé arrives inflated and warm, accompanied by spiced bread ice cream and candied orange.

Around an hour before dinner, head over to the lounge for canapés and your gin of choice from a selection of 120 gins. The hotel’s very own Talland Bay No. 1 paired with Mediterranean tonic really hits the spot with subtle hints of pine and a carousel of refreshing botanicals. The relaxed bar area is peppered with obscure sculptures, jazzy zebra-patterned sofas, glamorous cobweb dusters and contrasting artwork.

Colwith Farm Distillery is the first gin and vodka distillery in Cornwall located right by Fowey. Guests are invited down to learn about the step-by-step process behind the distilling process from scratch using the new state-of-the-art facilities. You’ll discover how 1,000kg of King Edward potatoes are used to make a base spirit, produced from potatoes grown on the fifth-generation family farm near Fowey, and how this base spirit is transformed into a drinkable gin and are shipped all over.

The Globe pub is just a five-minute car journey from the distillery serving up some light lunch options and an assortment of local ales. Or pop over to the towns of Looe or Polperro for more cosy country pubs serving beef in ale pie with chips and gravy.