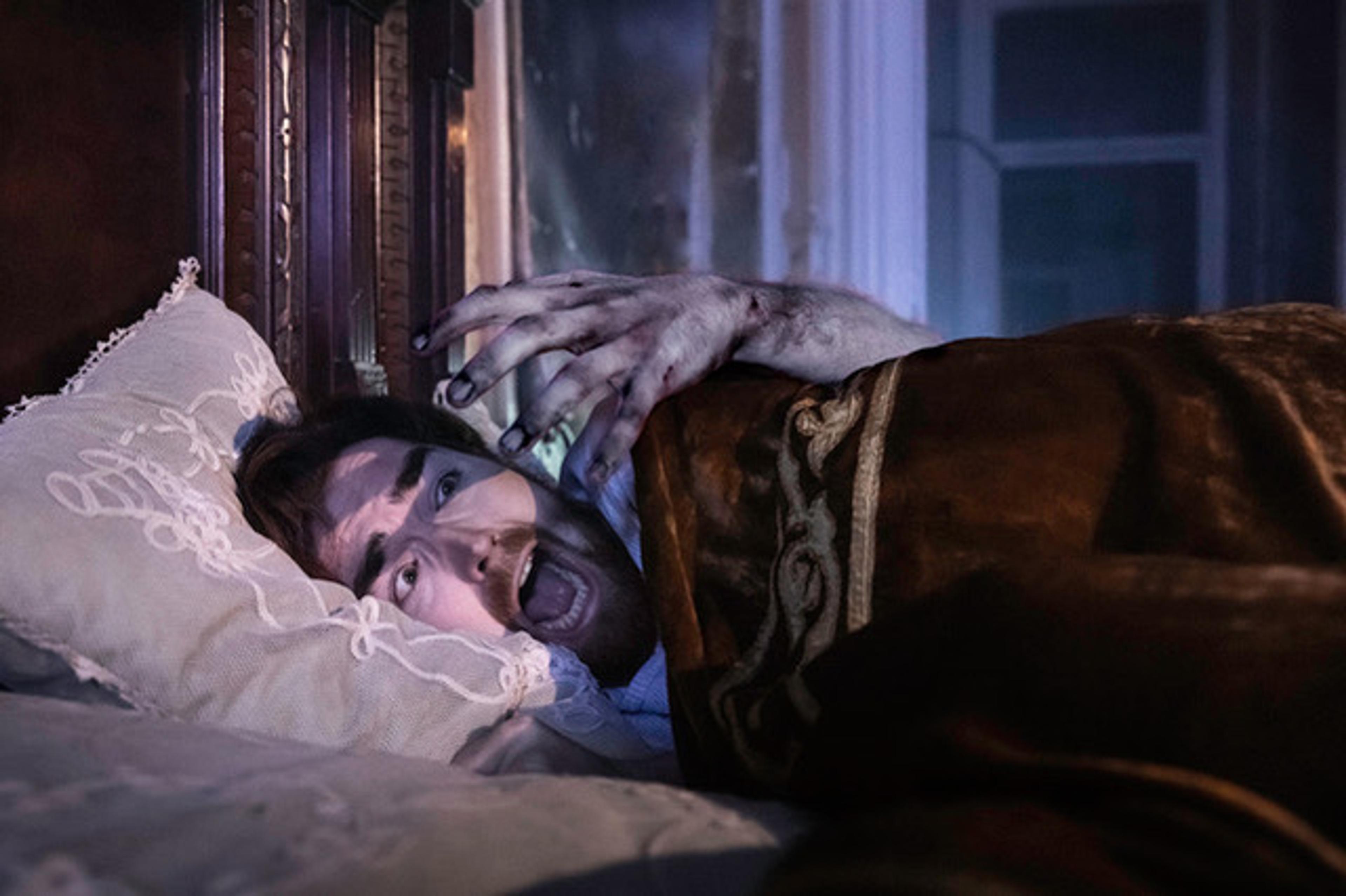 WELCOME TO THE DREAD AND BREAKFAST

There are two types of people when it comes to halloween, those who hate being scared and those that love it.

There are two types of people when it comes to halloween, those who hate being scared and those that love it. If you fall in to the latter, then we’ve got just the thing for you…

This Halloween, for its annual Screamfest experience, The Kraken Rum is opening a horrifying hotel that promises its guests a terrible night’s sleep.

The least a guest would normally expect from a hotel is a comfortable room and the promise of a good night’s sleep in a relaxing bed. Unless they are staying at Kraken’s new ‘Dread & Breakfast’: the first hotel in the world that proudly boasts the guarantee of a terrible, disturbed night’s sleep for every guest.

The Kraken Dread & Breakfast is an immersive horror experience and the centrepiece of the rum brand’s annual ‘Screamfest’ extravaganza, now in its fifth year. And for fans of scares and horror, the sleepless promise of the Dread & Breakfast will have them wanting to check-in faster than they can say ‘Here’s Johnny’.

So, how will willing guests be kept from their slumber at this horrifying hotel? A crack team of actors, light and sound technicians, special effects whizzes and theatre pros will pull out all the stops, subjecting residents to crank phone calls, endless banging on their walls, blood-curdling screams outside their doors and even terrifying figures from beyond the grave entering their rooms unannounced just as guests think they’re dropping off.

The ‘D&B’ is located in an old, abandoned and exceptionally creepy building in London. The story goes that it is infested with the restless and malevolent souls of mariners that survived an ocean encounter with the Kraken itself. Living through a meeting with the elusive Beast, and staring into its darkest of souls, was a curse for these sailors, each of them becoming evil incarnate once they reached dry land. One-by-one they were carefully captured and sent to the building to be locked-up forever. Today, many years later, the fearless Kraken Hunter, whose sole mission is to track down the Beast, has heard tale of this location and its damned residents. They believe communion with these spectres will help them track down the Beast on the high seas, but that in itself may be a horror unlike any other.

Every guest that spends a night at the Dread & Breakfast will take on the role of the Kraken Hunter’s assistant and make it their aim to discover the Beast’s last known whereabouts – by willingly putting themselves through a heart-stopping evening of close encounters of the dead kind.

Being an unconventional hotel people cannot simply book a room at the D&B as they would a regular guesthouse. Only those fearless enough will be allowed to check-in for a night of sustained terror and sleeplessness.

To that end, each evening 140 people will be invited to visit the hotel, where they will first enjoy the calm before the spectral storm in the form of Kraken cocktails at the hotel bar and live music from the house band Thankful We Are Dead. Soon after, visitors will be given the chance to explore the hotel under the guidance of the Kraken Hunter’s crew, daring to navigate its most accursed corridors and revenant-filled rooms.

Those ghost-hunting visitors deemed to have what it takes to brave prolonged encounters with poltergeists will be invited to spend the night at the hotel – so all visitors are advised to bring along an overnight bag, should they be selected.

Here is a link to view the teaser video:

The Dread and Breakfast hotel is located at 10 Lancaster Gate and will be open for for three sleepless nights from Thursday 28th October to Saturday 30th October. All those bidding for an overnight stay can enter from 7pm until 11pm. Each ticket to visit the hotel will cost £10 and includes one free Kraken cocktail. Chosen residents will go to their rooms at 11pm and will check-out with their bags (both for clothes and under their eyes) and frayed nerves at 9am the following morning.

Anyone that thinks they are fearless enough to manage a trip to the Dread & Breakfast can book tickets here: https://www.universe.com/events/6NJDP9