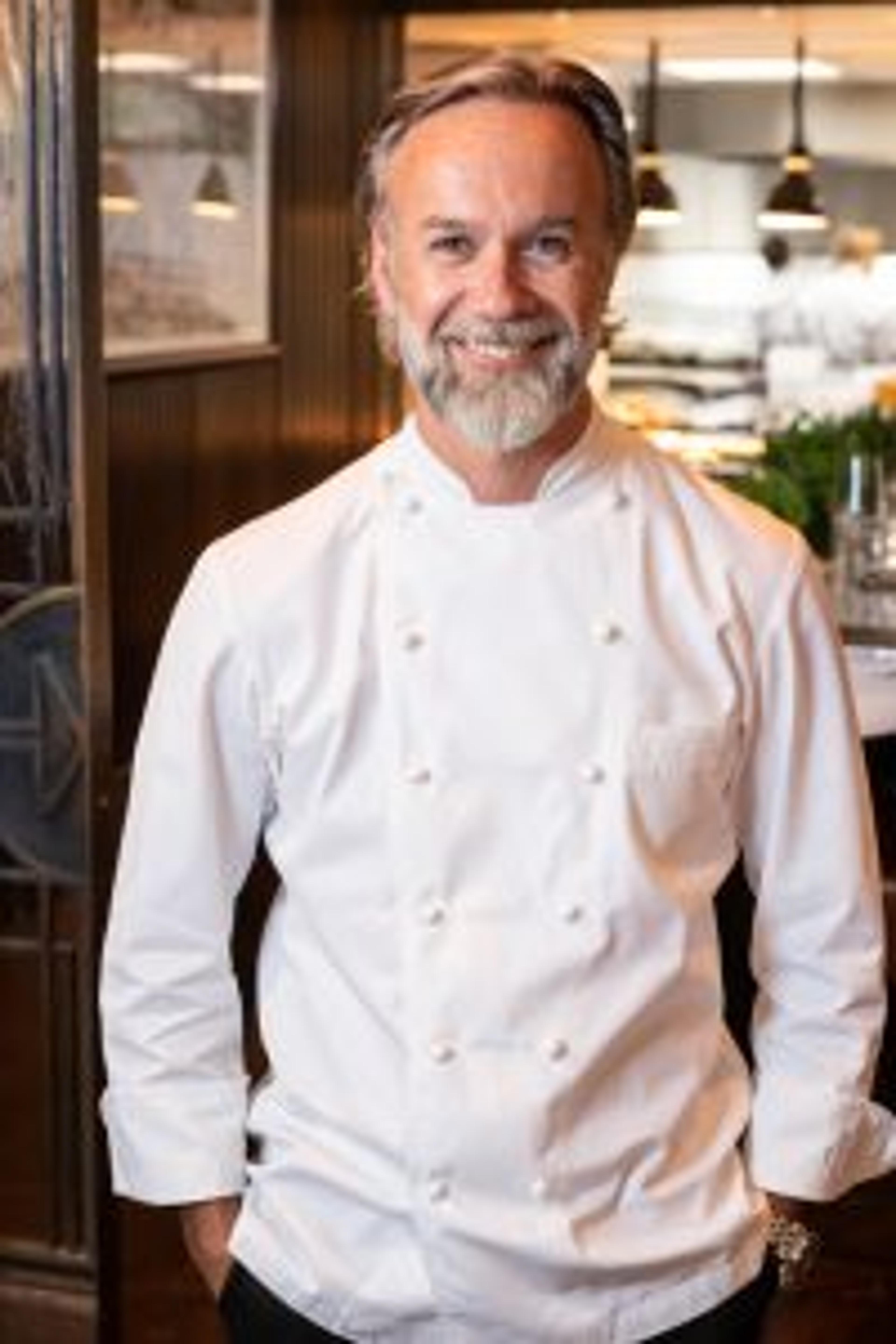 What to Eat in London This Month

Ah, October. The month of change.

Ah, October. The month of change. The so-called Indian summer is long gone, dark evenings are drawing in and one’s diet is swiftly changing from light summer dishes to all-encompassing comfort food.

It’s a month for roast dinners and autumnal soups, for seasonal squashes and cosy crock pots. Times are a-changing and your dinner’s a-changing with them. Here’s our pick of some of the best dishes doing the rounds in London this October.

This month sees Executive Chef of Cinnamon Club, Vivek Singh, team up with three of London’s most talented chefs to celebrate the game season at his flagship restaurant, The Cinnamon Club in Westminster. Ollie Dabous, Marcus Wareing and Brett Redman will be showcasing theversatility of these seasonal meats, with each chef’s dish available for two weeks alongside all the existing Cinnamon Club Classics.

2. Dine at a revamped London legend

With the long-awaited return of Julie’s in W11 comes the revival of a London legend; originally opened in November 1969, Julie’s quickly became a favourite haunt of rock n roll royalty and celebrity fans, from the Rolling Stones and Sir Paul McCartney to Kate Moss and Nicole Kidman.

The Holland Park institution has undergone an extensive refurbishment ahead of its 50th birthday in November, with old-time fans sure to recognise some of the restaurant’s original features with a host of pieces from the sixties sitting alongside colourful new decor. The menu however is all new and will be a regularly-updated offering of modern British cuisine. With seasonal dishes including the likes of buttermilk fried quail, charred kale risotto, Hereford beef tartare and salt marsh lamb with pressed cabbage, garlic potatoes, crisp lamb breast, preserved lemon, chef Patron Shay Cooper is keen to ensure that Julie’s, a neighbourhood restaurant with an international profile, gains a loyal following for great food, as well as for its renowned ambience and party atmosphere. www.julierestaurant.com

3. Take a trip to Porto via Tufnell Park

Summer holidays might be over, but the senses of the Douro Valley come to London this month in the form of Graham’s Port and Disappearing Dining Club’s supper club series. Following the success of previous ‘Little Porto’ events, the new-look dinners will be hosted at The Dartmouth Arms in North London, offering guests a four-course dining experience inspired by Port and Portuguese cuisine and accompanied by some delectably smooth jazz. Combining its 99 years in the wine-making business with the culinary expertise of Head Chef Fred Bolin and his crack team at Disappearing Dining Club, ‘A Taste of Porto’ will showcase a menu with highlights including slow roasted pork belly, prawn carpaccio and apple and port braised celeriac, with each dish expertly paired with a Portuguese wine. The pièce de résistance will be a port flight, offering diners the chance to sip their way through different varieties and vintages of Porto’s most famous export, accompanied by the dulcet sounds from award-winning DJs Ricardo Paris and Jorge Montiel playing Latino and Portuguese inspired jazz.

4. Make the most of mushroom season

In the last few years I’ve gone from loathing mushrooms with a burning passion to not being able to get enough of them, so I was thrilled to discover Carluccio’s is celebrating mushroom season with a fungi wonderland at its Covent Garden branch. Fitted with outdoor toadstool seating and an impressive mushroom archway surrounding the entrance, a mushroom throne for the perfect Instagram moment and special mushroom menu encapsulating the very best of the bunch.

Mushroom lovers can also indulge in a limited edition range available in the shop, including an easy-to-make mushroom and truffle risotto and truffle butter, or sign up to Carluccio’s Mushroom Foraging Workshop being held in the beautiful Essex countryside on Sunday 13th October. The day comprises an educational workshop about wild mushrooms and a three-course mushroom feast served for lunch, followed by a guided mushroom hunt and cooking lesson, plus a copy of Antonio’s ‘Mushrooms’ cookbook to take away. Tickets £85 each from www.carluccios.com/mushroomforaging

5. Tuck in to the world’s first ever cheese conveyor belt

Recent visitors to Covent Garden might have noticed the appearance of the hotly anticipated Seven Dials Market. The latest venture from KERB, the gurus behind elevating London’s street food scene, the historic warehouse has become their first permanent venue. The 24,000 sq ft space is home to 25 independent food businesses all with roots in the city’s streets and markets, alongside a bar and bookshop that support KERB’s dedication to all things tasty in London.

Cucumber Alley is a strip dedicated to London produce, bringing the likes of family-run bakery Karaway, purveyors of Lithuanian heritage breads and pastries, and champions of British charcuterie methods Crown & Queue, to the West End. The Banana Warehouse is home to 13 diverse and independent food and drink traders, including London’s favourite Jewish deli Monty’s Deli, Strozapretti, the new pasta restaurant from the team that founded Franco Manca and Venezuelan fried chicken experts El Pollote. High up on your to-do list however should be Pick & Cheese, the world’s first ever cheese conveyor belt, with 25 different cheeses sourced from around the UK and each paired with individual condiments & small producer wines. www.sevendialsmarket.com