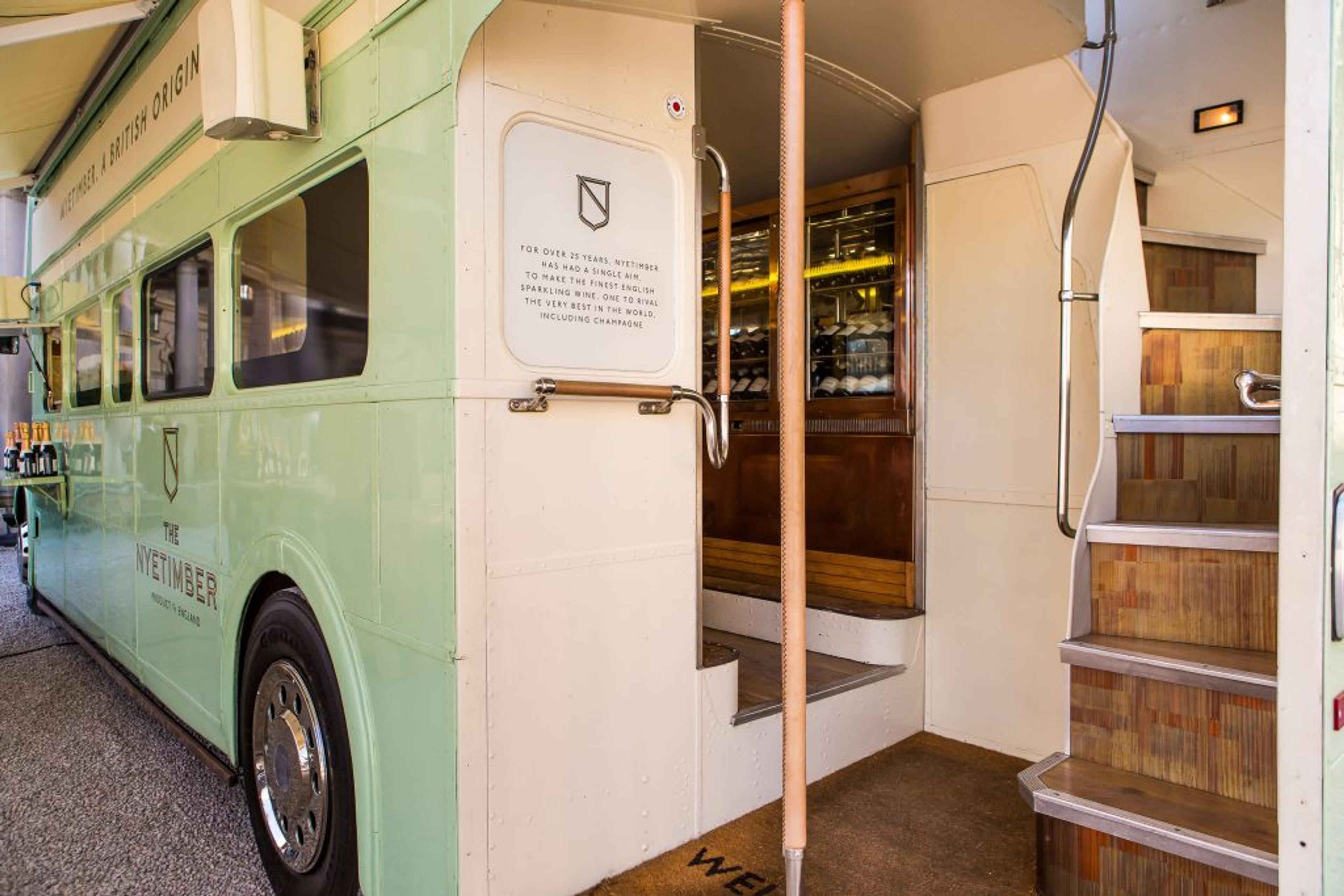 The Nyetimber at Wiltons

The last time we were sipping wine at Wiltons was around that transitional period that marks the threshold between March’s cooler breezes and April’s longer days in time for the new spring menu. Now that summer is here, Wiltons has launched a new English sparkling wine collection with pioneering sparkling wine producer, Nyetimber.

To celebrate the launch, Team Coco jumped on a bus in St. James, Jermyn Street, in true British fashion to enjoy a glass of England’s finest sparkling wine. The quintessentially British setting was a playful way to introduce old-school charm that’s so synonymous with Wiltons’ courteous hospitality. After all, the restaurant has been around since 1742 when it was first established by George William Wilton as a shellfish monger in Haymarket. Since then, the menu has earned its reputation as the epitome of fine British dining.

You could spot the Nyetimber bus, a reimagined 1968 Routemaster, from the other end of Jermyn street from its bright pastel green exterior. It usually appears at the London Wine Fair at Olympia, but Wiltons decided to casually borrow it for two days and park it right outside the restaurant, letting passers-by experience a spontaneous swig of England’s summer sparkling wine with either half a dozen freshly shucked Jersey Rock oysters or expertly sliced Secret Smokehouse ‘London Cure’ Scottish salmon, all within an impeccably British setting. Think black taxi cabs zooming past every fives minutes or so.

The cooler climate in the South of England and its chalk soils have allowed Nyetimber’s Sussex, Hampshire and Kent-based vineyards to flourish in recent years. Behind the scenes, there’s the scrupulous process of handpicking the vines individually and supervising the eventual vinification—the sort of detail that goes hand in hand with Wiltons’ craftsmanship.

Although the bus is scheduled to depart from Jermyn Street, 15 chilled sparkling wines by Nyetimber will remain available on the menu, shaking up the usual champagne options for the summer months ahead.