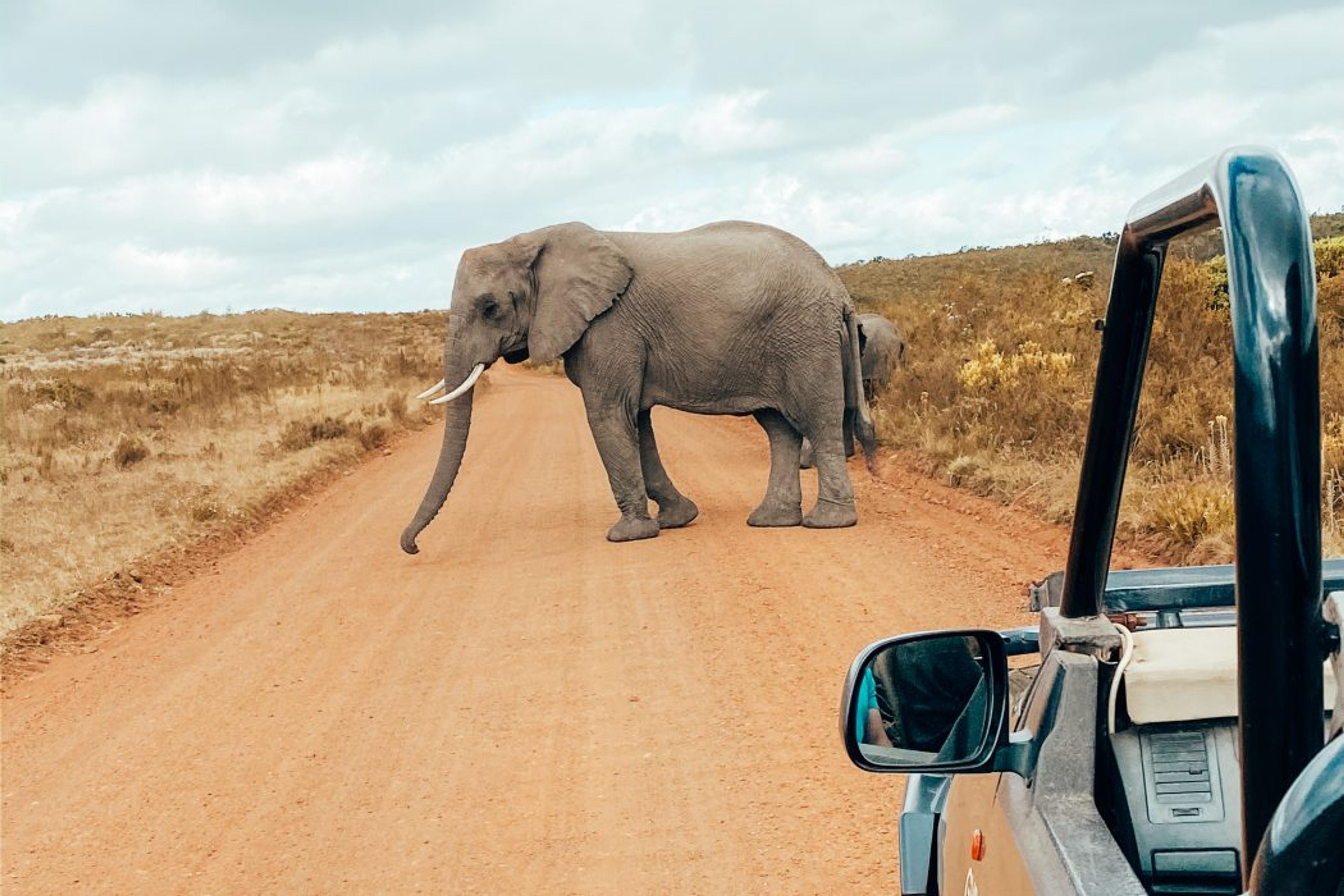 Few destinations can lay claim to the romance of an African Safari, which is why honeymoon hot-spot South Africa tends to top the list for adventurous couples.

Few destinations can lay claim to the romance of an African Safari, which is why honeymoon hot-spot South Africa tends to top the list for adventurous couples. But what about those looking to explore the cosmopolitan city of Cape Town, as well as answer the call of the wild? Enter Gondwana – the only private Game Reserve on the Western Cape to boast the free-roaming ‘Big Five’ (lion, elephant, Cape buffalo, rhino and leopard), within driving distance of Cape Town. We sent our girl Beth to don her khaki’s and check it out for Coco Couples.

Deep in the 26,000 acres of wilderness that make up Gondwana’s Private Game Reserve, you’ll find a sky so spangled with stars it feels a million miles away from the bright lights of the city. Yet, just a 4-hour drive down the scenic Garden Route, you can leave Cape Town at lunch and arrive in time for dinner. Which is served up al fresco, by candlelight and a flickering fire pit on the deck at the property’s main Kwena lodge – a somewhat romantic silver lining to the rolling black-outs which are currently affecting the country.

Not that this seems to trouble the chef, who seamlessly continues with a feast of Eland (a huge antelope that tastes like venison) paired with a local South African red from Stellenbosch. There’s a small cheer as the lights turn back, so we pull up a chair by the campfire for a nightcap. Made up of just 14 thatched huts set around the main lodge, Kwena has an intimate, safari-chic feel, located on a vantage point overlooking a dreamy infinity pool, watering hole and distant mountains over which we’d watched the sun sink just a few hours before in a hazy pink hue. Halfway into our fireside chat, we’re interrupted by a low, loud grumble. Leaping up, we stand in stunned silence as a herd of elephants emerge from the undergrowth, branches cracking as their trunks splash around in the peanut-shaped pool.

It’s a difficult balance to strike, creating a Game Reserve within a reasonable distance of Cape Town that still has that exhilarating, isolated feeling of the African wild. Yet, as the other guests are escorted back to their rooms at the main lodge by a ranger and we head out alone to make the five-minute drive back to our Fynbos villa, our worry and excitement attest to the fact that Gondwana has achieved exactly that. We end the night on the second-floor balcony that runs the length of our Fynbos villa, listening out for wildlife and toasting to our first of the Big Five – hoping that tomorrow’s sunrise safari will prove just as fruitful.

After a 5.30 am wake up call we make our way back to the main lodge, where we’re greeted with restorative tea and biscuits before heading out in the open-top 4×4’s. It’s here we meet our guide – the eagle-eyed “Call me Coolman” Khulumani. Sure enough, within ten minutes, he’s calling in the first spot of the day. What to us looks to be just a faint smudge on the brow of the hill, turns out to be a huge male lion “Madoda”, he points. Coolman may be able to spot a lion a mile off, but just as importantly, has a deep respect for the wildlife here, and an appreciation of their boundaries. “They’ll come to us,” he says, parking up, handbrake straining. Sure enough, within a few minutes, our Madoda is making his way right past us, yellow eyes trained on ours as we sit, spellbound.

With two game drives per day (one sunrise and one dusk) included in our stay, over the next few days, Coolman guides us across the reserve. From deep valleys, where giraffe snack on the spikes of their favourite Acacia tree and we tumble out of the 4×4 for a bush breakfast beside these curious giants, to the grasslands where herds of Zebra roam – “A dazzle” as Coolman corrects – their stripes confusing the lions. We see great, lolloping Eland, pretty springbok and the pink ears of hippos peeking out of the lake – as we travel across the flowering Fynbos, each corner of the reserve providing a shift in scenery that makes Gondwana feel far larger than its acreage.

As we drive through the reserve, it’s sobering to remember that everything we see here – from the elephant to the eland, would have perhaps once roamed naturally – had it not been for the development of the Western Cape by humans.

Regenerating this land back from farm use to its indigenous fynbos is a dream that owners Mark and Wendy Rutherfoord have persevered with since they first purchased this land. The very name Gondwana represents the return of the land to its original form – something which the team has worked towards for over a decade since introducing the first cape mountain zebra in 2007. To date, they have reintroduced over 20 species of game, including hippo, eland, elephant, red hartebeest, lion, giraffe and the rare black and white rhino.

“The wildlife losses over the years have been the most heart wrenching,” says Wendy – something we see for ourselves, as Coolman points out the skeleton of a baby giraffe taken by lions, just outside the main lodge. While there have been bumps along the way, there have also been huge successes – most notably, reintroducing the first Black Rhino in the Cape in over a century and the first wild elephants to be born in the region in over 250 years.

Today, the reserve consists of a mixture of privately owned residences, luxury villa Ulubisi House, as well as the 14 suite Kwena lodge, and the larger Bush and Fynbos villas – which are perfect for groups of friends or families. We enjoyed our Fynbos villa but would recommend one of the Kwena Lodge’s individual thatched suites (particularly the honeymoon villa) for any couples for both proximity to the main lodge and a more intimate feel than one of the larger villas which are located a short drive away.

A tented eco-camp also offers guests the opportunity to take a more active role in wildlife conservation efforts. Something the reserve continues to work towards through the Gondwana Conservation Foundation, which dedicates both time and resources to fantastic projects such as the Rainbow Rhino Initiative which sponsors anti-poaching training courses or its Cheetah rewilding program. The reserve also features 1000 hectares of a protected area for endangered and speciality species such Bontebok, Cape Mountain Zebra and sable – a ‘safe’ zone, which guests can use for running, hiking and walking trails. The recently launched Pioneer trail offers a chance to get even closer to nature – where guests traverse a walking trail through the reserve, staying at remote tented locations over three nights – perfect for more adventurous couples.

As we clink our Savannah beers overlooking a mother white rhino and her calf grazing, it’s clear to us that while Gondwana may be a game reserve, it has managed to capture that untamed magic of an African safari. Yet at just a few hours drive from Cape Town, this is a great alternative for those who want to see the ‘Big Five’ without flying to Johannesburg and on to one of the National parks from there. Granted, we may not have seen the elusive leopard (which hasn’t in fact been seen in many years) but, as Coolman says with a hearty laugh – “that gives you a reason to come back!” – here’s hoping.

Check out our photo diary here. 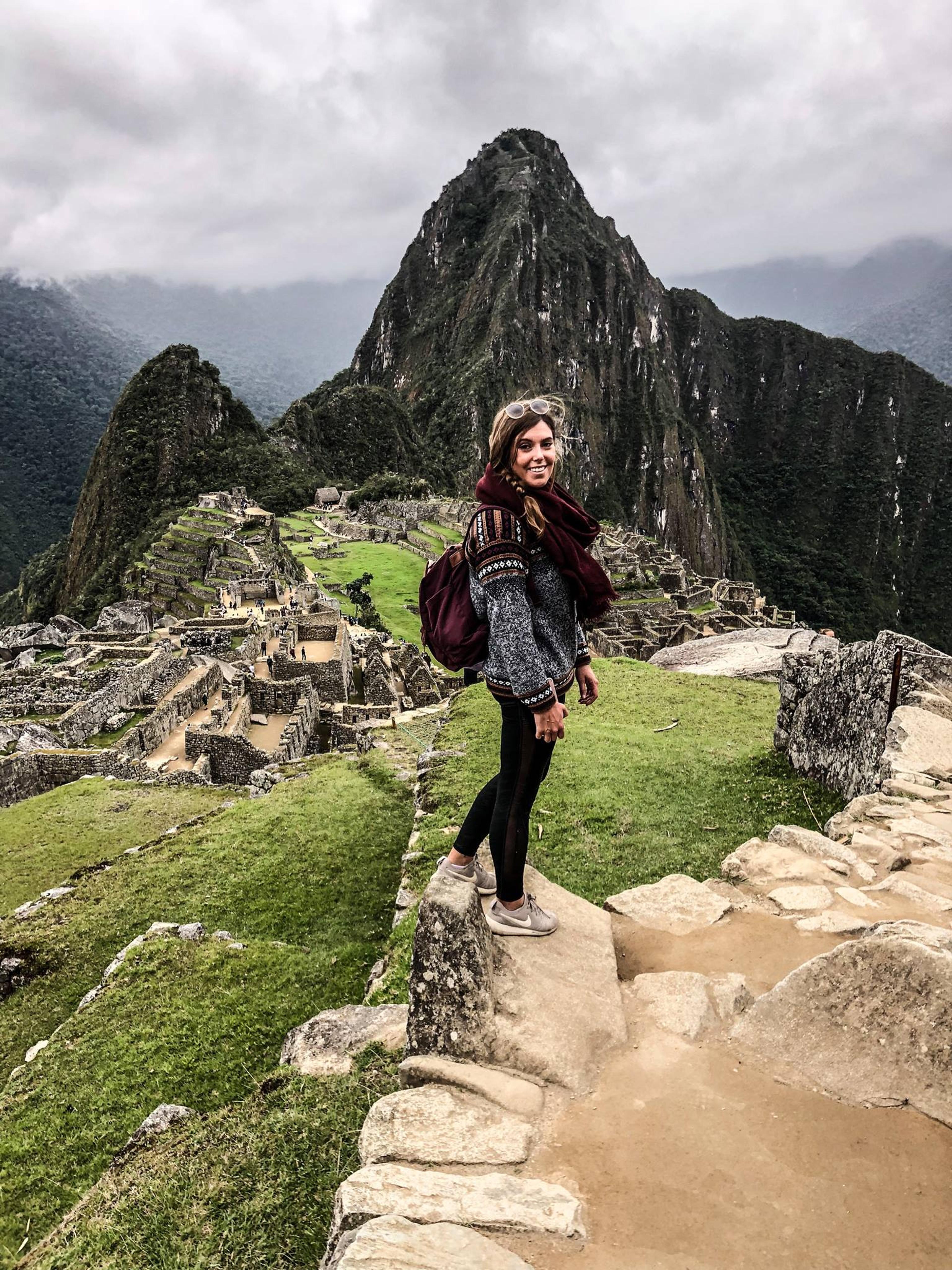 Just as likely to be found camping in Namibia as she is in a luxury villa, Beth is all about experiential travel, her prose taking us along on every adventure.