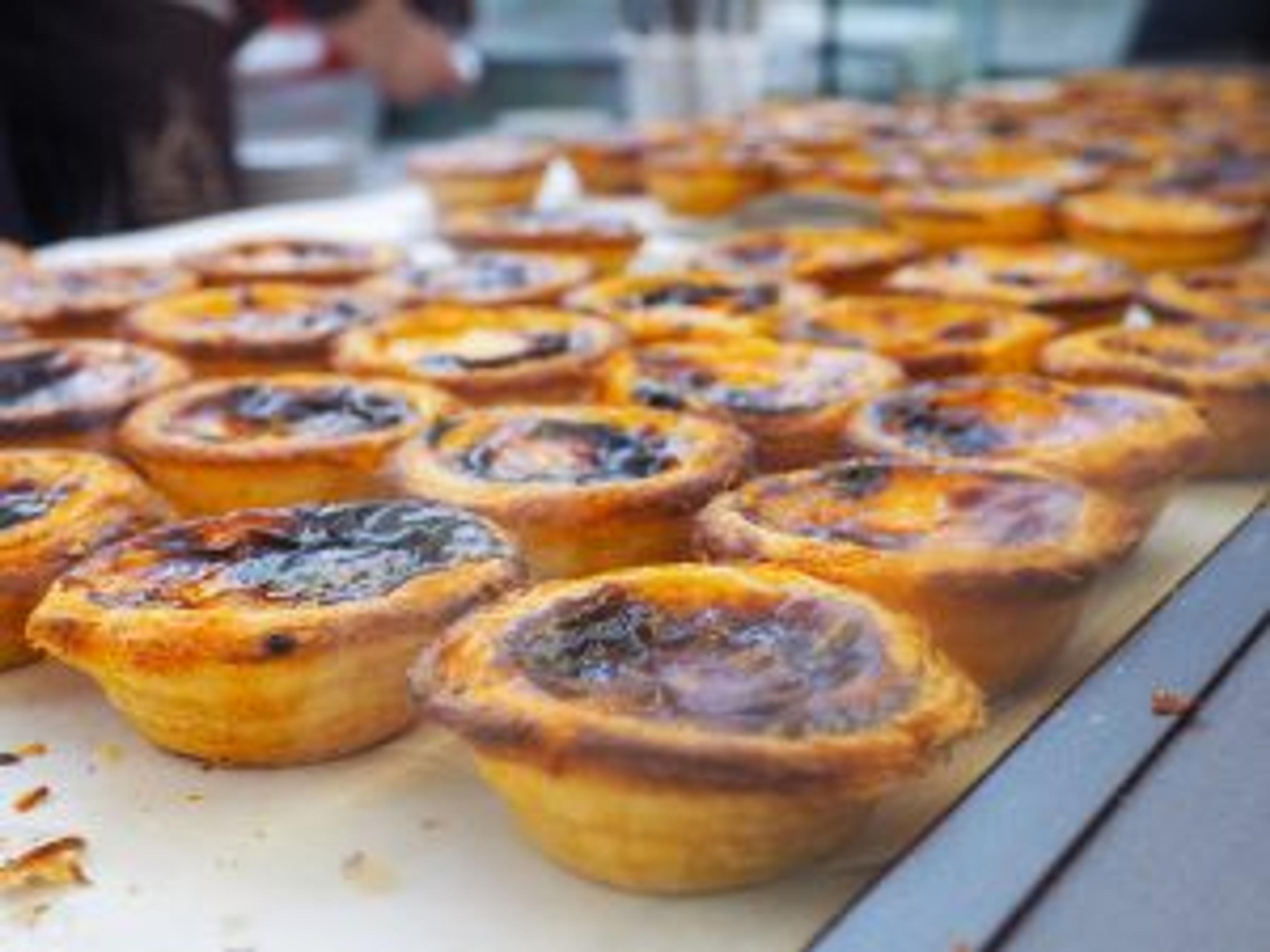 7 of The Best Pastéis De Nata Spots in Portugal

Pastéis de nata are as synonymous to Portugal as pasta is to Italy.

Pastéis de nata are as synonymous to Portugal as pasta is to Italy. They’re a stalwart part of the Portuguese culinary scene, as little mouthfuls of sweet and creamy custard wrapped in a delicate pastry.
The pastéis de nata, or ‘custard tart’ for an easier pronunciation, were first cooked up by monks in the early 19thcentury and now the phenomenon of the taste bud tantalising treat has infiltrated Portugal with full, moreish force. It’s rare to find a bad ‘nata’ but common to discover a sublime one, and here’s a delve deeper into the top spots to find pastéis de nata, from freshly baked to family recipes.

Whilst the name of this spot translates to ‘the fish market’ it’s also a dab hand at producing some of the most lip-smacking pastéis de natas around. The restaurant is in fact home to a prize-winning pastel, which can be yours to enjoy when visiting the Ajuda neighbourhood of Lisbon.
The accolade for Best Pastel de Nata was awarded to the haunt in 2018, pinning the label of culinary excellence on the custard-y treat, and it’s for this reason that you simply must try it!
Find them at 181 Estrada Pedro Teixeira, Lisboa, Lisboa, 1400-047, Portugal

Propping up shop in Campo de Ourique, this unique venue is award-winning and and makes for an idyllic spot to enjoy a nata and a coffee. The area itself is also home to many a charming boutique and a small market named Mercado de Campo de Ourique.
Find them at R. Francisco Metrass 67, 1350-007 Lisboa, Portugal

Gooey, deliciouspastéis de nata is the order of the day at charming old Pastelaria Batalha. Here, daily workshops allow you to not only scoff on the treats but make them too! The Lisbon-based fun will see you navigate through the entire process, from making puff pastry to whipping up the delicious filling. The bakery is family-run and has awards to its name to boot, so come down and sample recipes passed down the generations.
Find them at 1 Rua Horta Seca, Lisboa, Lisboa, 1200-243, Portugal

https://www.instagram.com/p/BorZV1QHU8d/
Roll up, roll up, or rather queue up, queue up, and get your hands on a pastéis de nata from where it all began. This pastelaria first began concocting its “secret recipe” in an early 19th-century monastery in Belém would you believe.
Monks began selling sweet pastries in order to survive, and the recipe hasn’t changed since 1837 – oh, and did we mention that this sturdy spot makes and sells around 20,000 pastries every day? Yep, they must be doing right.
Find them at 92, 84 Rua de Belém, Lisboa, Lisboa, 1300-085, Portugal

It’s time to take your nata love to the next level by visiting Pato Real, a bakery and dessert venue with some epic treats to eat. Here, you can wrap your taste buds around giant versions of the much-adored pastry and to work them off, why not stroll around Calouste Gulbenkian Museum afterwards? It’s just a stone’s throw, or a nata munch, away!

https://www.instagram.com/p/B8YhywWnobB/
This hotspot popped open its doors not too long ago, and ever since they’ve become a famed place for a nata. The delightful offerings boast just the right amount of sweetness with a crunchy, flaky crust that isn’t overbearing. The locations are small but you can still mingle in and grab your snack, and out of the two spots their two spots Cais do Sodré venue next to the Time Out Market is usually the quieter of the two.
Rua do Loreto 2, 1200-108 Lisboa, Portugal

This charming spot is located off the beaten track, not in a touristy part of town but instead on an unassuming street. It’s a quiet Portuguese café and for that reason it’s worth a visit to submerge yourself amongst the locals. Grab yourselves a nata and a coffee and blend in.
So, there you have it, the sweetest spots there are to get yourselves a Pastéis de nata – leaving little else to say but, what are you waiting for?
Rua Buenos Aires 25-A, Lisboa 1200-622 LISBOA