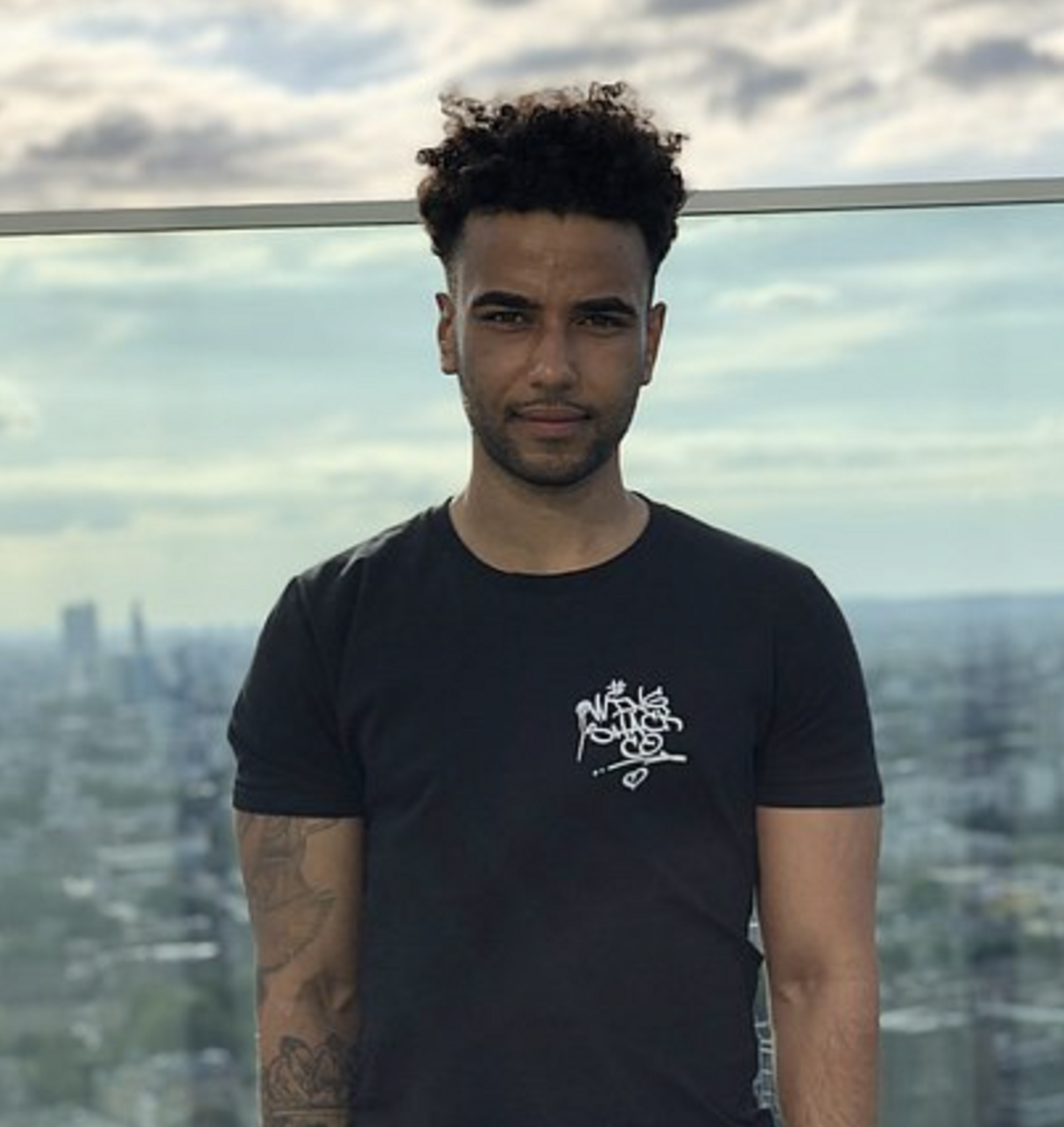 An interview with Joshua Jarvis, founder of one of London's best-loved chicken wing shops, Wing Shack, to talk chicken wings and the pandemic

We sat down with Joshua Jarvis, founder of one of London’s best-loved chicken wing shops, to pick his brain about all things related to our favourite chicken snack, as well as running a business amidst a pandemic. Life is tough now for all of us but particularly those in the hospitality industry so House of Coco was keen to get an insight into the journey, particularly as Wing Shack opened new locations last year – including their fourth London site at the acclaimed Selfridges & Co on Oxford Street.

Following a nine-month prison sentence – prison tag included and everything – for ‘perverting the course of justice’, Josh decided to do many things with his life, including his Wing Shack venture, but also working with Only a Pavement Away, an initiative which looks to employ ex-offenders and homeless people into the hospitality sector. Josh mentors these people, as he did during his prison stint, hoping to turn his challenging experience inside into a positive one now he’s out of prison.

So how did Wing Shack come about?

I had the idea from when I was young. I love chicken, I love chicken wings and, at the time, I felt there was nowhere in London that specialised in them. Obviously, I didn’t have a hospitality background and I didn’t really know how to start a restaurant, I just always had a vision for it. When I was in America, I went to different wing places and felt that the food was good but I could bring something here that was both atmosphere and music, as well as good food. My friend’s dad was selling the lease for his shop in Loughton and we opened Wing Shack in Loughton in 2018. From there, we went on to open a delivery kitchen in Bethnal Green and we opened Clerkenwell in February, right before lockdown.

How was opening then going into lockdown?

Well, we’ve only got this for a year so most of it has been wasted because even though we were open a bit last year, the Clerkenwell area is nothing like what it used to be. It’s very office-based and other eateries in the area aren’t even open. We decided to keep open when we could and we launched the latest site in December; a permanent spot in Selfridges. Even that was originally delayed, opened in December and shortly closed because of lockdown – so it’s not been without its difficulties.

Are you still confident with opening new spots?

Yes. Of course, it is a demoralising time, but only if you think it is. Even before COVID-19, I was someone who was always positive and optimistic so, for me, this is a perfect time to make use of opportunities. I get why brands and companies feel demoralised but I’m happy to see how it goes.

So we opened a new delivery kitchen in Canary Wharf which is doing well and we’ve got offers accepted on places in Brixton and White City so we’ve got plans. We’ve also got Ealing in the works but it won’t be ready until November time. It’s crazy because right now, there’s a lot of good deals and places available if you are able to expand right now.

What advice would you give to other small businesses in your position?

You need to be able to adapt. As a business owner, the main thing you have to do is problem solve; if you can’t solve problems, it’s never going to work. You can’t just have one model and expect things to progress; maybe one or two things but you have to be willing to change whatever is needed. It’s also about seeking opportunity and keeping positive. Obviously it’s a bad time and, don’t get me wrong, it’s a lot of pressure for businesses right now – especially for bars and restaurants. I especially feel for pubs and bars where most of the trade is after 10pm so even when things were open, the curfew made things difficult. I also get that it’s easier for us because we have minimal staff but, ultimately, you have to take risks.

How come you’re such a risk taker?

That’s how I’ve always been, to be honest, with my background.

Tell us more about your background; what were you doing before Wing Shack?

So I’ve always been interested in sport; I’ve played sports all my life. I got to the age where I knew I wouldn’t make it to the level I perhaps wanted to so I stopped and went into sports coaching but it wasn’t for me. I then went into fashion and worked in personal shopping for celebrities; I had friends in the industry so I had contacts. Then I developed a new concept called Be On Trend, which was a fashion platform for independent brands which I’m still working on, alongside Wing Shack.

So there’s a lot of entrepreneurial spirit here?

Yes, always. I’ve only had one job which was working for someone else – at LA Fitness – otherwise I’ve always loved doing my own thing and taking my own risks.

Let’s go back to your thoughts on this lockdown…

I honestly have no idea. There’s obviously good news and confidence with the vaccine but I think we’re going to be in and out of restrictions until March time. Hopefully then we can just crack on. Once we do get through it, it’s going to be such a powerful feeling and there’ll hopefully be a lot of good times ahead, especially for hospitality and entertainment.

How have you had to adapt?

Some of our restaurants are an easy operation; one chef, no front of house staff, we use QR codes. Loughton’s site is a completely different situation as it’s more of a restaurant and it’s simply much busier. Loughton is out of the city so lots of people can get in their cars and drop by. It’s totally different to London, especially central. We’ve had to put more front of house staff on furlough but, thankfully, we’re okay with chefs because we can spread them out and use them in different kitchens. Loughton also runs a breakfast so we have that to keep workers and trade.

Has organising delivery been a headache to organise?

I say we’ve got a good team, good chefs and managers who work closely with us to help a lot. We opened a delivery kitchen before the pandemic too, so we knew how it all worked and it wasn’t a new thing for us. Delivery kitchens are an entirely different concept with different complications. You’re not dealing with customers but you’re involved with delivery drivers and have to keep an eye more on cooking time etc.

Has anything in your background prepped you for this quick thinking?

All my business ventures have helped me; no one handed anything to me. I had to ring round the houses in many jobs and it’s made me have a direct approach in what I do today.

How do you keep in touch with the business you built?

I would go to the Loughton restaurant, probably twice or three times a week under normal circumstances; Clerkenwell and the others once a week. Before lockdown, I used to work in the kitchen in Clerkenwell and Loughton and only when we opened more spots, I had to take more of a backseat approach because I needed to focus on growing the business, as well as being physically present.

What’s next for Wing Shack?

We’ve got our new meal kits which recently launched. The new opening in Selfridges was great for December but then obviously lockdown happened. We’ve got some opportunities in the works with stadiums and that wouldn’t just be on match days but every day. We’re hoping by popping up on peoples’ Deliveroo apps and such that we’ll continue to be on everyone’s mind to order from us. Our vegan menu is doing well so we need to see how it goes and maybe we can open separate shops for a vegan menu in the future. The vegan options are on Deliveroo too; it’s more than just jackfruit wings, we have a jackfruit burger and a chicken substitue burger and strips so there’s a lot for vegans to choose from.

Will Wing Shack go down the catering route?

For me, I’m not worried about being in the stadiums, it’s a halo effect and the spreading of the word from knowing you at public events and spaces. Similarly to Selfridges. If you’re a football fan and eat it at your club or match, you’re going to choose to eat there when you visit the city. For now we’re focusing on our delivery kitchens and keeping the choice on our takeaway menus to entice takeaway orders. I’ll scroll through Deliveroo myself and go through the whole list and know I’ll end up choosing Nando’s or something I know and am used to. People don’t want to take a risk with takeaway.

So why should people take a risk with Wing Shack?

Well, I don’t see it as a risk! I think if you order it, you’re going to be happy! But Deliveroo and other apps like it are so saturated. Before, restaurants wouldn’t have ever touched them but now they’re being forced to actually rely on them. But you want to be on Deliveroo because it’s the most used of the delivery apps and they know it; they’re very clever and have all the technology. That’s their power and perogative.

I like Orange Buffalo and I also like Wingmans. But coating of wings is very important to me and I didn’t love the Soho branch of Wingmans when I visited a few months ago.

Have you heard of the Snake in a Basket challenge from Orange Buffalo?

Yeah and we actually have our own version. It’s very hot. People would leave in ambulances and you definitely had to sign a disclaimer form. But we stopped it because of COVID. We’re still running our Wing Wednesday offer which is two for one but it’s for eat-in only. It gets crazy, especially in Loughton. People love their wings.

Get your chicken (or vegan) wing fix and order Wing Shack on Deliveroo. 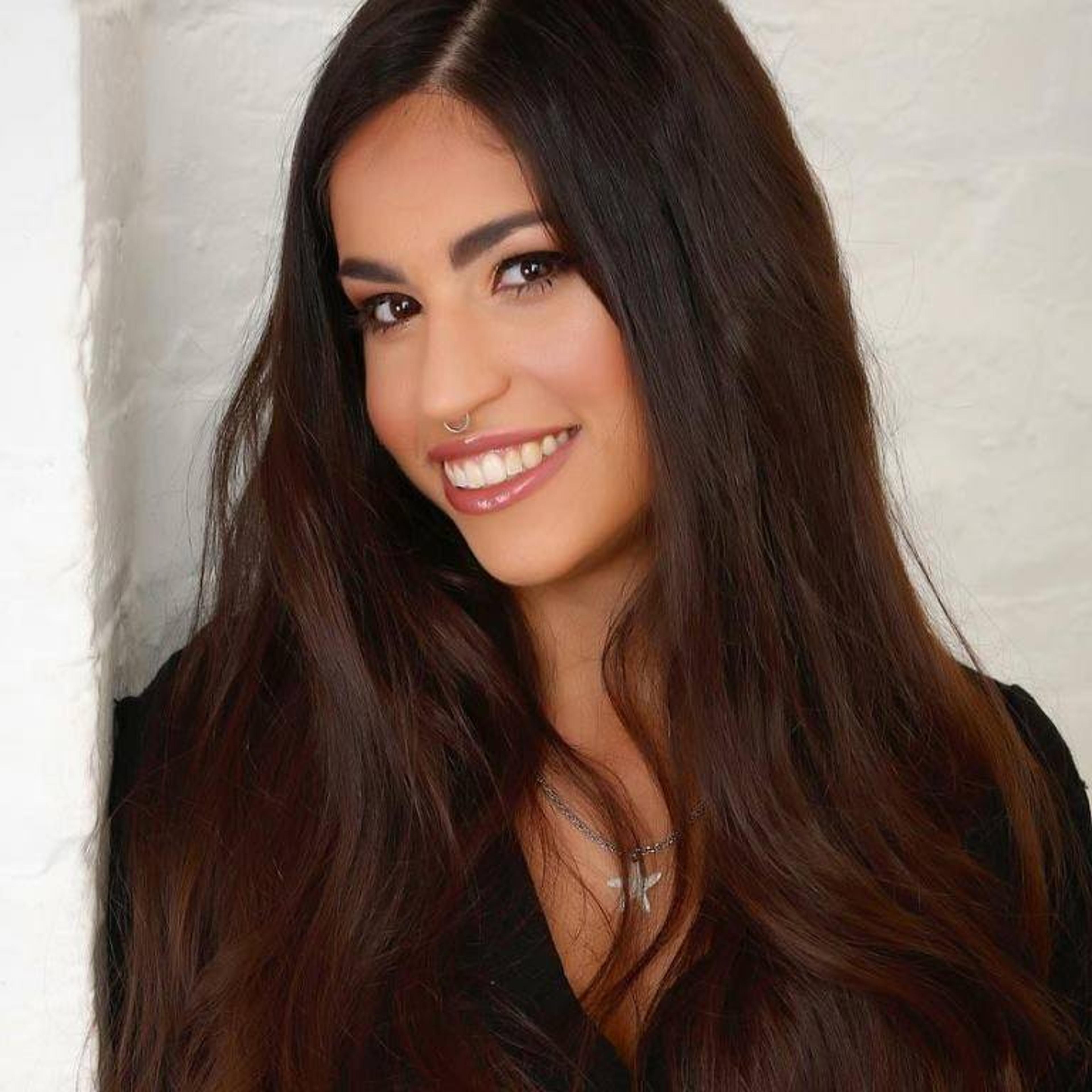