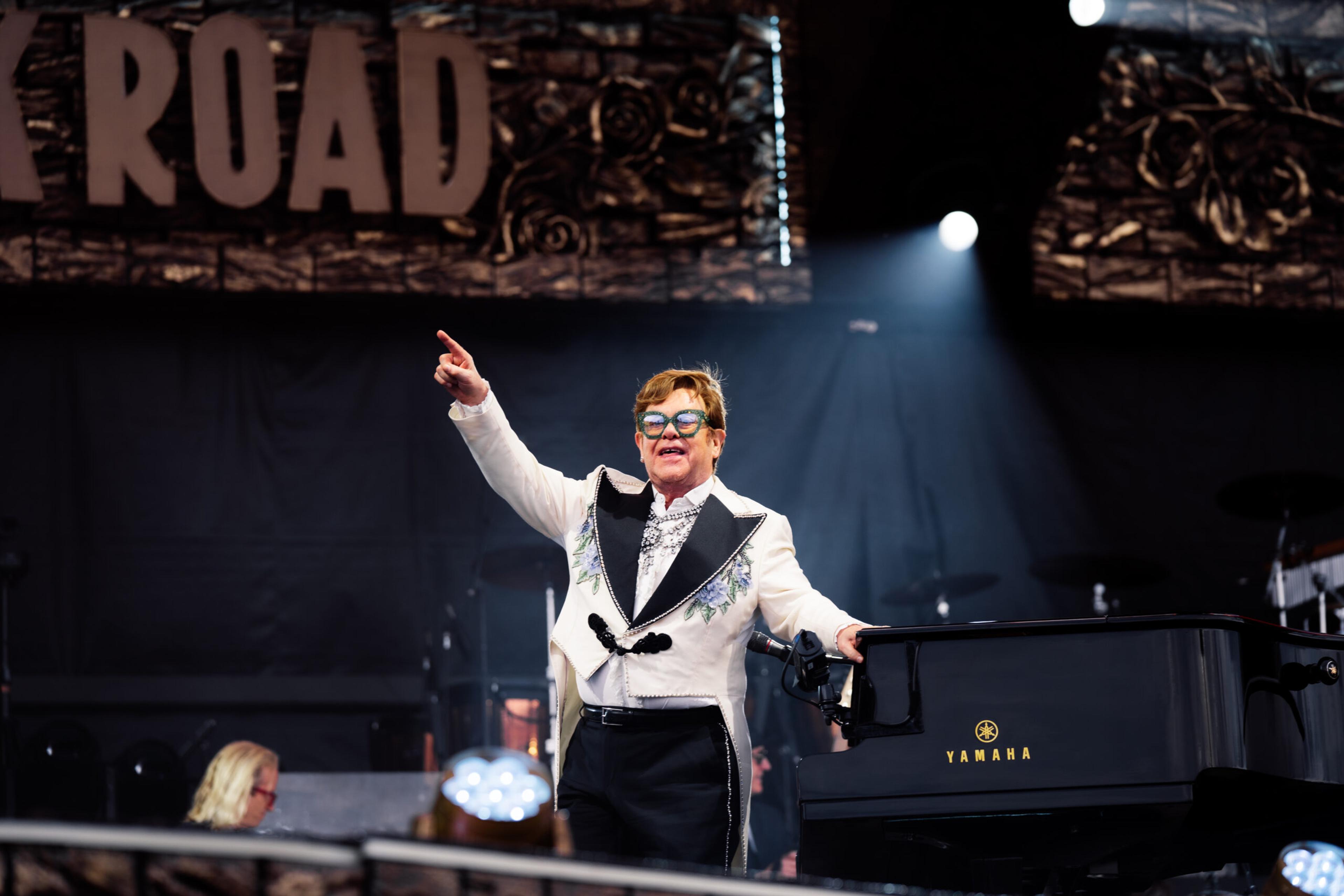 A zesty stroll through his impressive back catalogue. Elton John rocked Hyde Park!

A national treasure famed for his flamboyant outfits almost as much as his songwriting prowess and musicality, there’s no shortage of superlatives to describe this iconic superstar. Elton’s gig at BST Hyde Park (part of his Goodbye Yellow Brick Road Tour) saw the singer on his usual formidable form as the world’s highest-selling solo artist and someone who’s certainly not shy of putting on a party, the sold-out crowd were not disappointed in the slightest.

With a blistering hot set that spanned nearly three hours in total was chock-full of Elton’s most loved hits, this was a zesty stroll through his impressive back catalogue with the inclusion of songs like ‘Someone Saved My Life Tonight’, ‘I Guess That’s Why They Call It The Blues’, ‘Rocketman’ and many more.

Kicking off with the jubilant and celebratory ‘Bennie and the Jets’, with its unmistakable intro, Elton resplendent in a stylish white dinner jacket with jewel-adorned decorative detailing played the piano and sang as if his life depended on it. His outfits were on point as always which included a silk robe with the face of a cat bedazzled on the back – and why not!

Superbly supported by his six-piece band, Elton took us on a sonically soaring journey through classic tracks like Rocket Man’, ‘Take Me To The Pilot’, ‘Sorry Seems To Be The Hardest Word’, ‘Tiny Dancer’ and many more.

Whilst there was undoubtedly a party spirit, there were some moments of reflection too. With Elton paying tribute to two incredible singers – Aretha Franklin and George Michael via ‘Border Song’ and the ever-beautiful ‘Don’t Let The Sun Go Down On Me’. Speaking to the crowd, Elton commented ‘I miss him, and we all miss him, and we miss his visage. So, George, I love you and I miss you – here we go.’

The veteran pop-rocker also paid tribute to his two sons who were clearly enraptured by their dads stellar performance.

From the emotive ‘Candle In The Wind’ to more uplifting numbers like ‘Crocodile Rock’, ‘The Bitch Is Back’, and ‘Saturday Night’s Alright For Fighting’, Elton had the captivated crowd in the palm of his hand!

The sensational show ended with Elton’s most recent hit ‘Cold Heart’ with whom he collaborated with Dua Lipa, a reworking of some of his biggest hits including ‘Rocket Man’ and ‘Sacrifice’. He also treated the crowd to a heartfelt rendition of his first hit from over 50 years ago – ‘Your Song’.

The show from start to finish was a dazzling display from music’s most endearing and theatrical showman. This was a spectacular first-class performance that effortlessly showcased his impressive body of work.