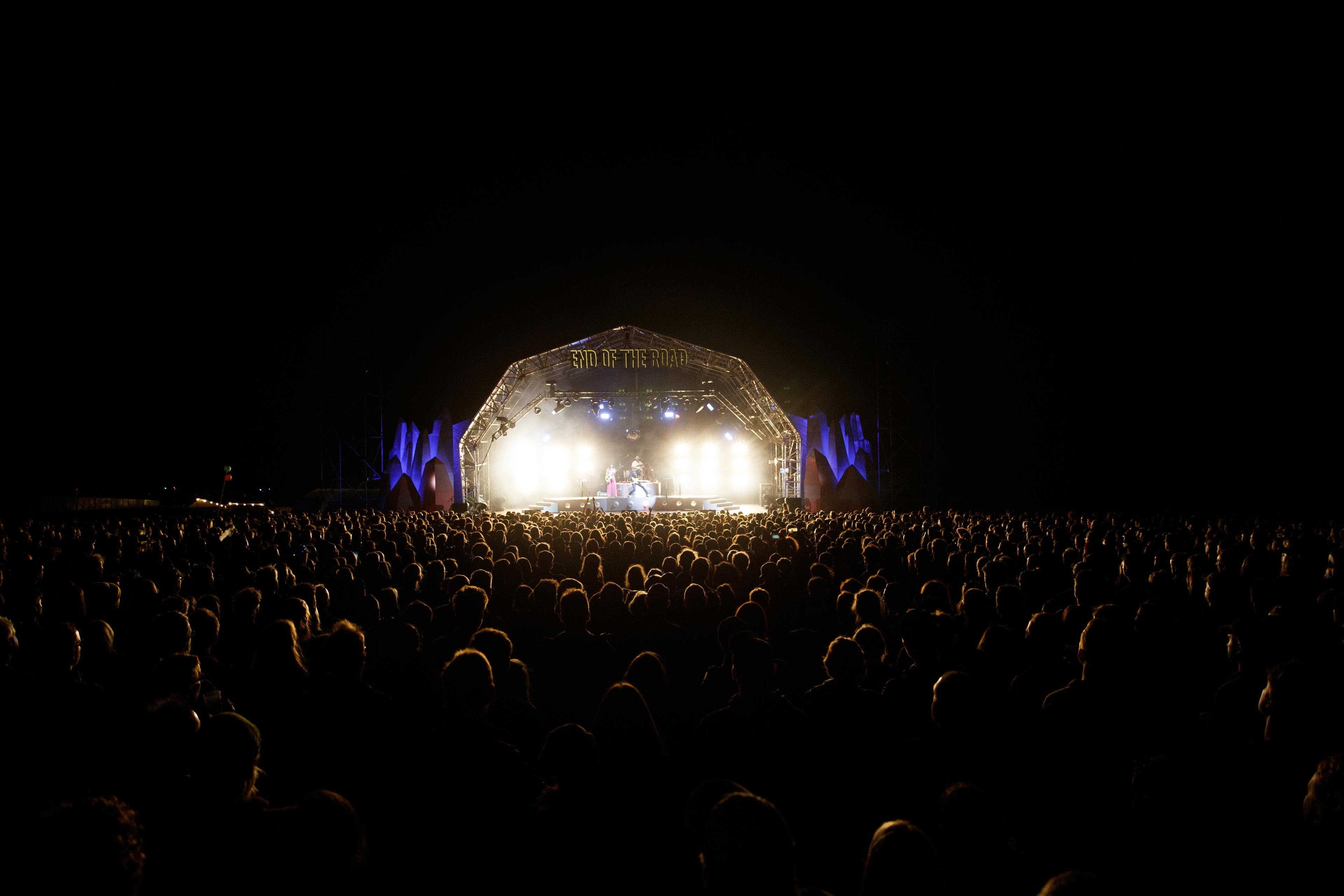 End of the Road has endless appeal and is one of the most visionary, culturally-rich, enlightening and exploratory festivals in the UK.

The End Of The Road festival has been captivating festival goers since its inauguration in 2006, thanks to its quaint location in the heart of the countryside on the Dorset/Wiltshire border, its boutique vibes and its carefully curated lineup of music.

Located at the scenic Larmer Tree Gardens, this festival offers a wide range of musical talent on offer and has been instrumental in showcasing talents like Tame Impala, Father John Misty, Sleaford Mods, Little Simz and more.

There were rousing renditions of tracks like ‘August 10’ and ‘Maria También’ as well as some electric interpretations of Dick Dale’s ‘Miserlou’, Spandau Ballet’s ‘True’ and a funk-laden version of Tina Turner’s ‘What’s Love Got To Do With It’.

Another standout was post-genre American artist Sudan Archives who put on a dynamic and well-rounded performance playing her fiddle with a dizzying panache.

At the close of ‘NPBQ’ she hollers that she just ‘wants to have her ti*tties out’, the excitement for the first night of ‘End of The Road’ is clearly palpable and is rubbing off on everyone, especially Brittney Parks.

Mali’s Tinariwen which included some pretty nifty guitar work from leader Ibrahim Ag Alhabib who cut a resplendent and majestic figure and got the crowd going with his undulating rhythms.

Post-punk rockers Porridge Radio put on a passionate yet vulnerable display at the Garden stage, but it was the magnificent Soccer Mommy who was the standout act of the night with her candid storytelling and shoegaze-driven guitars that drew in quite the crowd over at the Big Top stage.

‘Bones’ was an absolute triumph, but the overall set was a dreamy waltz through Allison’s impressive body of work.

The genre-gnarling members of Black Midi served a typically avante-garde, frenzied and vociferous set over at the Garden stage. Their rock opera album Hellfire was performed almost in its entirety asking the crowd to vape collectively to create a smoke machine effect - and why not?!

Fleet Foxes were a worthy headliner for Friday, they sounded fantastic and their harmonies were rich and deep in equal measure.

This was an intricate and impressive performance and was absolutely worth waiting for after Covid halted their plans to play at last year's festival.

The set was stellar in every way, with the inclusion of ‘Can I Believe You’, ‘Phoenix’, ‘Drops in the River’ amongst others.

Without a doubt, the endearing Perfume Genius was a magnificent addition to End of the Road. Despite worrying about falling over (don’t talk about it - thoughts become things and all that jazz!) he strutted like the peacocks that have been walking around the Larmer Tree Gardens for years!

An abundant and accomplished performance, Hadreas is akin to a flamboyant Vegas showman, especially with the electrifying ‘Queen’.

Of course, it was the magnificent Pixies that drew the largest crowd of the festival thus far. Kicking off proceedings with an exhilarating rendition of ‘Gouge Away’ closely followed by ‘Debaser’, ‘Hey’, ‘Planet of Sound’ and the ultra-savage ‘U-Mass’.

Whilst the newer material was well-received, it was those classic Pixies hits that got the crowd going. The influential indie-rock pioneers showcased their incredible back catalogue with vigour, panache and class.

From Kurt Vile & The Violators and Lucy Dacas to the brilliant Yard Act and Willie J Healey, Sunday was yet another monumental day of music at End of The Road.

Bright Eyes provided an impassioned and emotional performance with heartfelt tracks like ‘Lover, I don’t have to Love’, ‘Bowl of Oranges’ and ‘Persona non grata’. Melodic and melancholic in equal measure, Conor still managed to captivate the audience despite a few digressive interludes.

Aldous Harding closed Sunday at the Garden Stage in a magical and ethereal way. An emotional and hypnotic performer, you truly feel a sense of serenity when listening to her sing and her whole set is a remarkable and thrilling affair.

Harding along with several other spell-binding and riveting acts showcased once again why the End of the Road has endless appeal and is one of the most visionary, culturally-rich, enlightening and exploratory festivals in the UK.