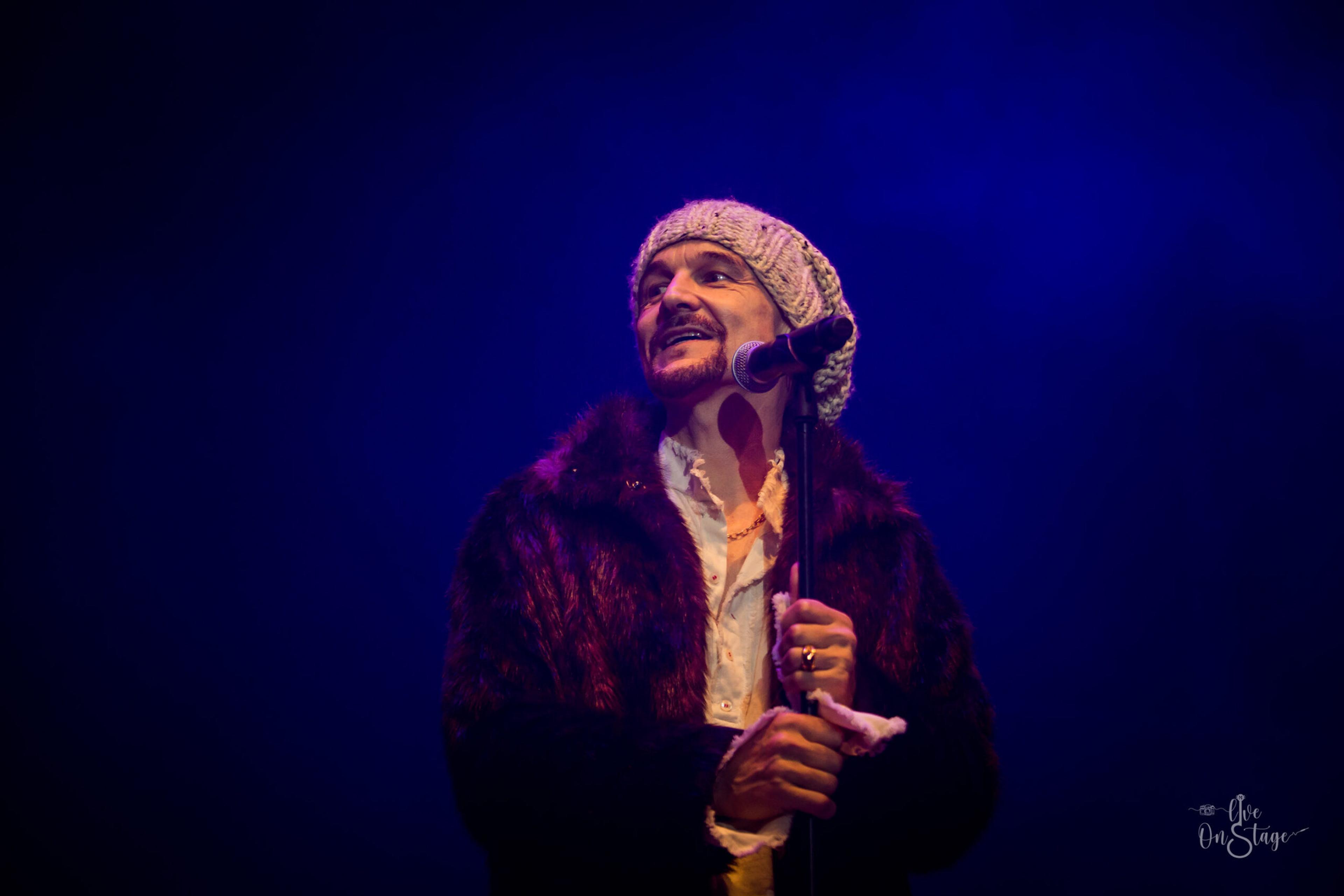 Superpumped, celebratory and uplifting, it really did feel like some kind of homecoming for the indie-pop stalwarts.

With a buoyant crowd on tenderhooks, the band James finally got to play their rescheduled gigs in Portugal which included a date at the expansive Super Bock Arena in Porto. Super pumped, celebratory and uplifting, it really did feel like some kind of homecoming for the indie-pop stalwarts.

Having released their 16th album ‘All The Colours Of You’ last summer – a follow up to 2018’s ‘Living in Extraordinary Times’ this tour was the perfect opportunity to showcase both tracks from this eclectic and poignant offering as well as some fan favourites from their career spanning discography.

Supported by Portuguese artist Leiriense Débora Umbelino AKA Surma and Mancunian rockers The Slow Readers Club who impressively set the scene for James and entertained the sold out crowd with powerful renditions of ‘I Saw A Ghost’, ‘Tell No Lies’ and ‘The Wait’.

Enter James. They kicked off proceedings with ‘ZERO’ and ‘Isabella’ from ‘All The Colours Of You’, closely followed by a rousing rendition of their top ten hit ‘She’s a Star’ from 1997’s ‘Whiplash’. which really got the crowd going.

With their impressive back catalogue, Tim, Jim, Saul and the gang enraptured the crowd as they took the audience on an unbelievable aural journey performing tracks like ‘Come Home’, ‘Born of Frustration’, as well as an unexpected set list change in the shape of ‘Curse Curse’, and ‘Out To Get You’ from their critically-acclaimed album ‘Laid’.

The beautifully poignant ‘All The Colours Of You’ was also a highlight alongside ‘Beautiful Beaches’ a thought provoking track that focuses on climate change and the impact this had on California after it was devastating by forest fires. Tim Booth himself was personally affected and he and his family were forced to flee his home in order to escape the fires that ravaged California.

Tim Booth is a spectacular frontman and one of the best things about seeing him live is his legendary dancing to which has become somewhat of a mainstay when seeing James live. With unbelievable energy and charisma, Tim was a whirling dervish, dancing as if all the bones in his body didn’t exist as he fed off the crowds energy.

Whilst clearly Mr Booth is a dynamic and an enthusiastic performer, James as a band is a collective and whilst the line up has changed over the years, its current incarnation provides something very special indeed. A group of consummate professionals all of which played an integral part in putting on an electrifying show.