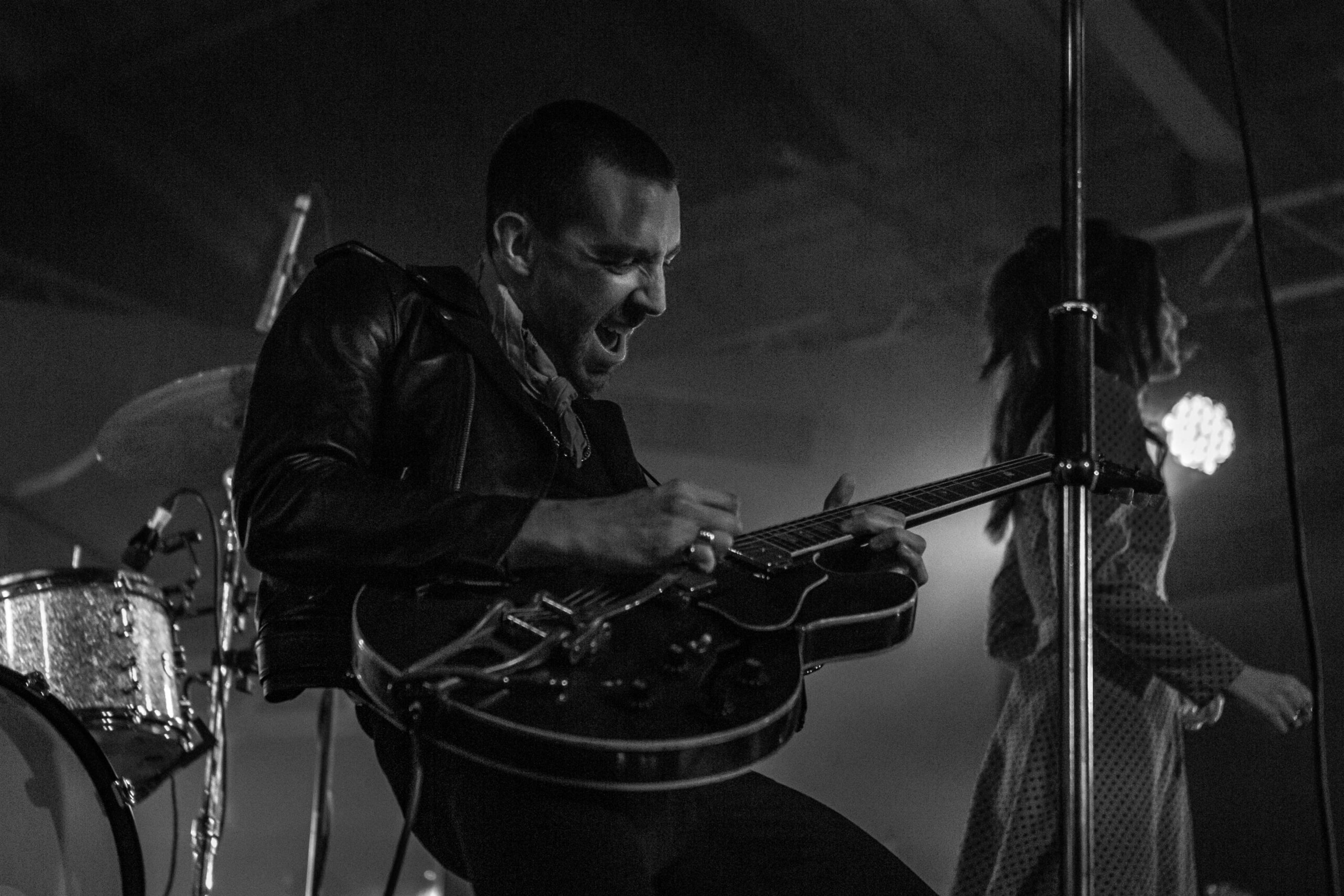 If you could capture the essence of Elvis, The Beatles, James Brown and Marc Bolan with the energy of the Energizer bunny and style of Danny Zuko in Grease, an image of Miles Kane should and will probably spring to mind.

Humble, unassuming and charismatic, the tour de force that is Miles Kane is back on tour and boy, did he pack a punch with an electrifying and high energy gig at the Engine Rooms in Southampton. Unleashing a full-throttle performance, Miles delivered a first-class set of material which included both classic crowd-pleasers like ‘Coup De Grace’ and ‘Colour of the Trap’ as well as a selection of songs from his latest album, the brilliant ‘Change the Show’.

Miles kicked off proceedings with the first track released from the album ‘Change The Show’ – ‘Don’t Let It Get You Down’ – a soulful, retro-inspired, ball of energy that is full of swagger. The crowd loved it – and so did Miles who put on an electrifying performance alongside his talented band which includes Joao de Macedo Mello and Paul Weller alumni Josh McClorey on guitar.

If you could capture the essence of Elvis, The Beatles, James Brown and Marc Bolan with the energy of the Energizer bunny and style of Danny Zuko in Grease, an image of Miles Kane should and will probably spring to mind. Especially so after this epic gig in Southampton.

Endearing and charismatic in equal measure, Miles had the crowd in the palm of his hand with and you can’t help but be enthralled and engaged by his captivating performance which is part 50s Motown swagger and 70’s glam rock star with a healthy injection of indie rock. Within the set there were a few other additions which included a powerful rendition of ‘Don’t Let Me Down’ by The Beatles and two Last Shadow Puppets tracks.

Ably supported by talented Scottish musician Brooke Combe, this was an unforgettable night of live music which showcased not only Kane’s scintillating performance style, his musicality but also his incredible guitar playing and awesome personal style. Other standout tracks included ‘Nothing’s Ever Gonna Be Good Enough’, the vibey ‘Blame It On The Summertime’, ‘Never Get Tired Of Dancing’, ‘Inhaler’ and ‘Rearrange’.

‘Don’t Forget Who You Are’ was an emotional highlight of the night with Miles drinking in both the adulation and energy from the crowd as they sang along with him. At times, Miles seemed almost overwhelmed and surprised by the crowds’ reaction and you can tell he loves to perform.

This was an utterly stupendous and high-octane performance from Miles who has further cemented his reputation as one of the UK’s most exciting, dynamic and endearing musicians in the industry.