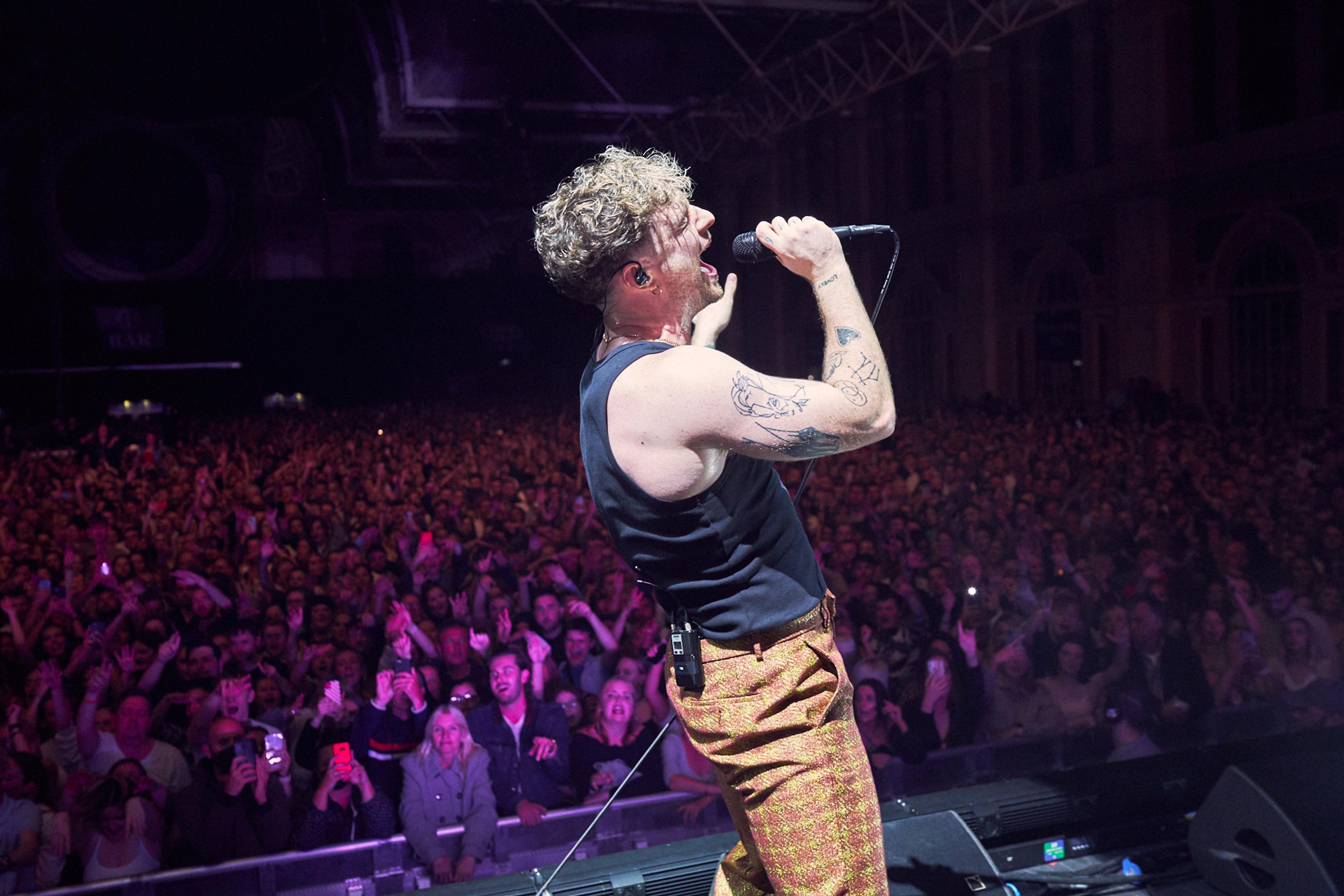 CocoLive: Tom Grennan at the O2 Academy in Bournemouth

Tom Grennan’s second album ‘Evering Road’ has been the recipient of both critical acclaim and commercial success, achieving number one on the UK Albums Chart. With support from rising star

Tom Grennan’s second album ‘Evering Road’ has been the recipient of both critical acclaim and commercial success, achieving number one on the UK Albums Chart.

With support from rising star Dan D’Lion, Tom and his fantastic band hit the stage and kicked off proceedings with a rousing edition of ‘If Only’ closely by ‘Royal Highness’ from 2018’s Lighting Matches and the highly emotional ‘Something Better’.

Tom effortlessly engaged with the crowd with a delightful combination of charm, energy and humour – he had the audience in the palms of his hands as he continued with his amazing set which included ‘Oh Please’, the powerful ‘Amen’ and ‘I Might’ – all of which showcased his stellar performance skills and stage presence.

One of the highlights of the night was of ‘You Matter To Me’ where Tom encouraged the audience to ‘light up’ with their mobile phone torches which created a beautiful and touching moment. Other standout moments included ‘Found What I’ve Been Looking For’, ‘All Goes Wrong’ and ‘Little Bit Of Love’.

A humble and sincere performer, Tom clearly loves his fans and made a point of showing his appreciation for the support both at the gig and for ‘Evering Road’.

Vibrant, endearing, and unforgettable, Tom Grennan is a spectacular performer, and his impressive body of work and captivating performances continues to cement him as one of the UK’s top musicians.

His latest single ‘Don’t Break The Heart’ is out now.