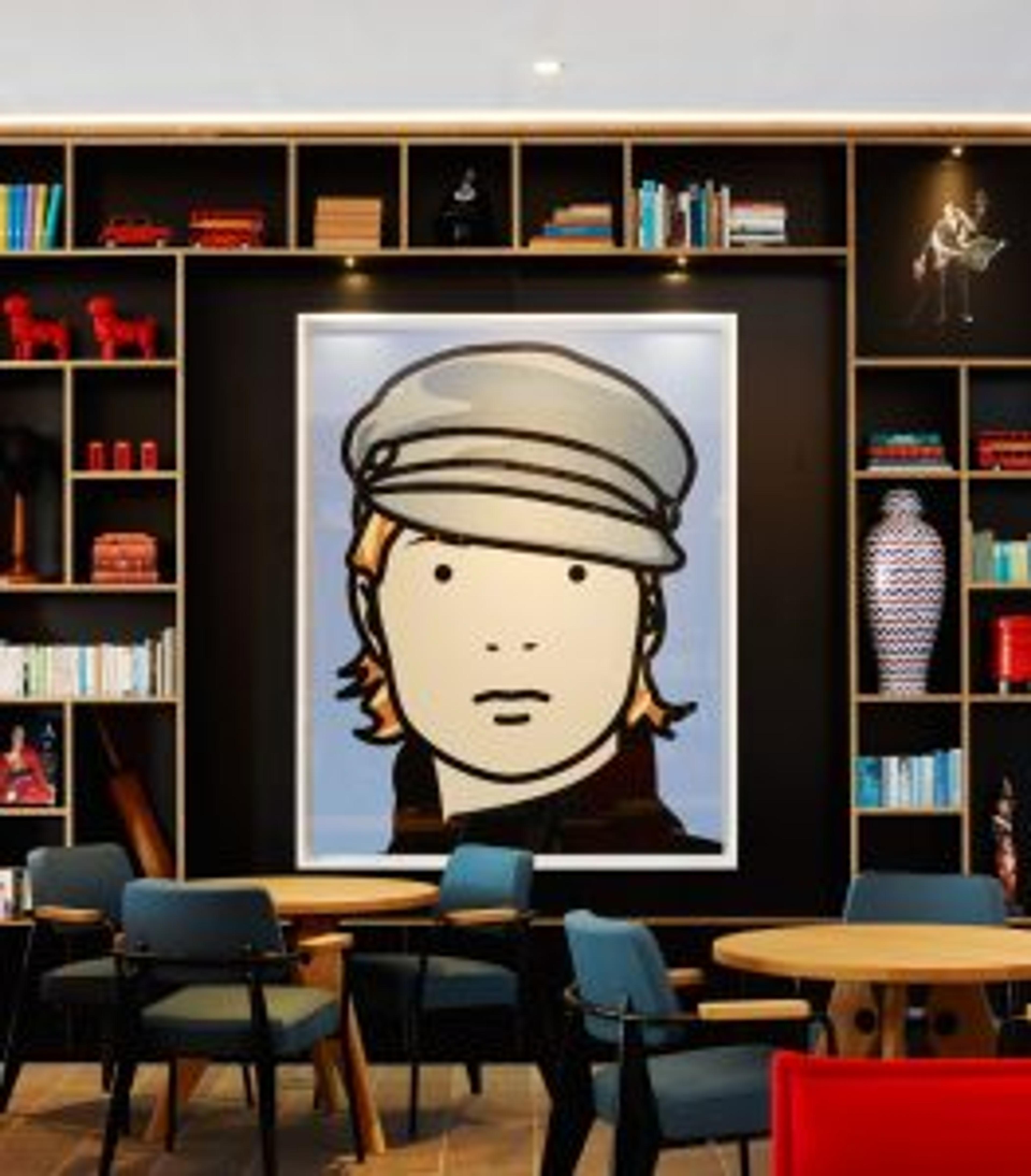 From becoming a true ‘citizen’ to mathematically perfect Pizza: 24 hours in the Capital

As #TeamCoco are official Nomads, it's easy to forget where we usually hang our YSLs.

As #TeamCoco are official Nomads, it’s easy to forget where we usually hang our YSLs. However, London is our official spiritual home and we love to celebrate the hidden gems of this fine city. Just a 2 hour train journey away from the main Northern hub of Leeds, we sent our Travel & Lifestyle writer Jenna to live as a tourist for one very busy 24 hours….

“I don’t even care if it’s basic, I LOVE London. No matter how many times I stay, live or walk around this amazing city, I’m always finding new corners and places i’ve never seen before. Some people don’t like the claustrophobia or busyness of the Capital, but I absolutely buzz off it. There’s a reason London is the capital, as it really is a hugely superior city. The Tube is efficient and cheap, the bar scene is a tangle of new innovation and history seeps out of every single cobble. Alongside the iconic Dorchester and Instagram-worthy Aqua Shard, there are so many different experiences you can have in the city. From uber modern hotels to rival Germany and Pizza that transports you to Napoli, here are my hottest recommendations on how to make the most of the city.

Where to stay – citizenM, Tower of London

If you’re looking for something different, but you won’t go below 4 stars, you have to check out citizenM. I’d heard the hype about these guys for sometime now, as they’ve got properties all over Europe and beyond. They’re becoming known as the rebellious teenager of the hotel industry as they’ve taken 4 star luxury and shook it upside down for it’s lunch money. Walking into the lobby of citizenM Tower of London, the interior is perfect for a hotel that’s directly above a tube station. It reminds me of the Sex Pistols mixed with a dash of London Chic and as soon as I walked in, I was totally into it. What I love about this brand is that they definitely don’t take themselves too seriously and it’s so patriotic that is almost oozes ‘God Save The Queen’.

Aside from the lobby which is a feast for the eyes, the rooms are surprisingly neutral. They’re a hearty mix of the Japanese pod hotels and a luxury retreat, as they’ve kept it compact, but haven’t skimped on the bedding. Throwing myself onto the XL Super-kingsize bed and looking out the huge wall-to-wall window, it felt weirdly spacious. Considering the entire room is probably smaller than my bathroom at home, they’ve got the spacing just right.

Aside from the fear of who you fancy hearing your bodily functions, the hotel is super well thought out. For instance, it’s at the top of the hotel that you will discover the most spectacular space of all. The cloudM bar has an outstanding terrace and is a wraparound double height space offering what must be one of the most dramatic views of London’s skyline with the Tower of London, Tower Bridge and the Shard. We had a glass of Champagne as we looked out over the view, and although the well appointed balcony had closed by this point, it was still a great experience.

Linking back to the room design, they even have a cute little tablet that controls everything, including the mood lighting. There is a very entertaining setting for Romance which turns your room into red-light-district Rouge, which I couldn’t work out was sexy or terrifying! After our night draped in Amsterdam worthy light, we spent the morning lounging around in the big bed watching Saturday Kitchen and looking out the window over London. When we got round to venturing down for breakfast, we’d have be forgiven for thinking we were at Ikea’s foodcourt, but it works. It’s simple buffet style dining, but with Smoked Salmon and Spanish Cured Meats on offer, I was sold.

Must see – The ‘Instagramabble’ toilets at Sketch

Probably the most famous toilets in London, Sketch really pushes the boat out in their design. I’d always seen these strange white pods on Instagram, and after you have visited, you can understand why everyone takes so many pictures. The toilets are a collection of large white eggs in a room accessed by a split staircase that is adorned with the best smelling candles in London. When you reach the famous eggs, they actually contain individual toilet cubicles. Although this has something slightly Alien Vs Predator/Big Brother about it – it’s actually hilarious.

We also grabbed a drink at the bar just under the stairs and would definitely recommend a Tanqueray and Aromatic Tonic whilst taking in the sights. A visit to Sketch is completely overstimulating, but you’ll love it.

Luckily for you Londoners, Winchester have just flung some pretty sweet dough your way. The original Pi pizza was born back in 2014 from a simple idea and a big dream. Following a stint working in a traditional Florence pizzeria, restaurateur Rosie Whaley was inspired to serve simple, exceptional and honest food in a vibrant atmosphere. After three successful years in Winchester, Pi has now brought a slice of pizza perfection to South West London with an 85 cover restaurant on Battersea Rise, a stone’s throw away from the trendy Clapham Common. Running from the tube station to not miss our reservation, I was relieved to find the quaint Pi Pizza just off the high street. Sitting down in their unique indoor-outdoor themed dining room with a perfect Aperol Spritz in hand, it was time to see what all the fuss was about. Poring over the menu whilst nibbling on a mixed bruschetta board, the menu is small but perfectly formed with serious Italian flavours.

Now, I will say that i’ve eaten Pizza all over the place. From crazy good creations in Milan to my absolute homeboys, the Dough Boys in Leeds – I bloody love the stuff and like to think I know my authentic Naples from my Chicago Town. Now what Pi does differently, is that you really have to go big or go home.Pizzas are available as standard size; with the option for half and half, or as a 20 inch base to share with two or three menu options. Naturally, we went for the three.

I met up with my brother for a few hours to help me tackle this serious carb-loading sesh, and thank god he was there! All pizzas can be pimped with whole balls of Burrata Pugliese or Bufala Mozzarella but we didn’t dare add anymore players to the game. We bravely finished our experience with a Salted Caramel Tart and waddled out the door whilst thanking our waiter for really attentive service. If you’re in the Clapham district, and have a big appetite, you’ve gotta check this place out!

A hidden gem that I discovered (in-between meeting our sub-editor/megababe Caoilfhionn and my party partner heading back to Leeds) was how peaceful the canal is just beyond Paddington Station. It’s home to some pretty awesome canal boats, including one that’s actually a cafe. Darcie & May is part of the Daisy Green collection which boast some of the coolest coffee and brunch houses in London.

The Darcie & May Green branch is situated directly outside Paddington Station on the Grand Union Canal. The boats are literally floating pieces of art, designed exclusively by the ‘godfather’ of British pop art, Sir Peter Blake. Pop in for reinvented classics such as smashed avocado on charcoal bread with Aleppo chilli and watch the world go by. After grabbing some lunch I sat by the river and just took it all in. It’s rare to find peace and quiet in London, but this place comes pretty close.

If you’re with the girls – Grab some beers in Camden

On my last few daylight hours in the city, I headed to the uber-cool Camden Town district for a little bit of laid back boozing. I’d never been here before (the closest i’d got was drinking a pint of Camden Hells lager in Leeds) but absolutely loved the vibe. You could easily jump from pub to pub all day long, especially in the sunshine. Hop on the tube from wherever you’re staying and be sure to visit this vibrant part of town. Grab a few pints and a baked Camembert from The Edinboro Castle and sit outside in the pods before you head back to Leeds. Thank me later!

What are your favourite ways to spend time in London? Let us know on @house_of_coco.