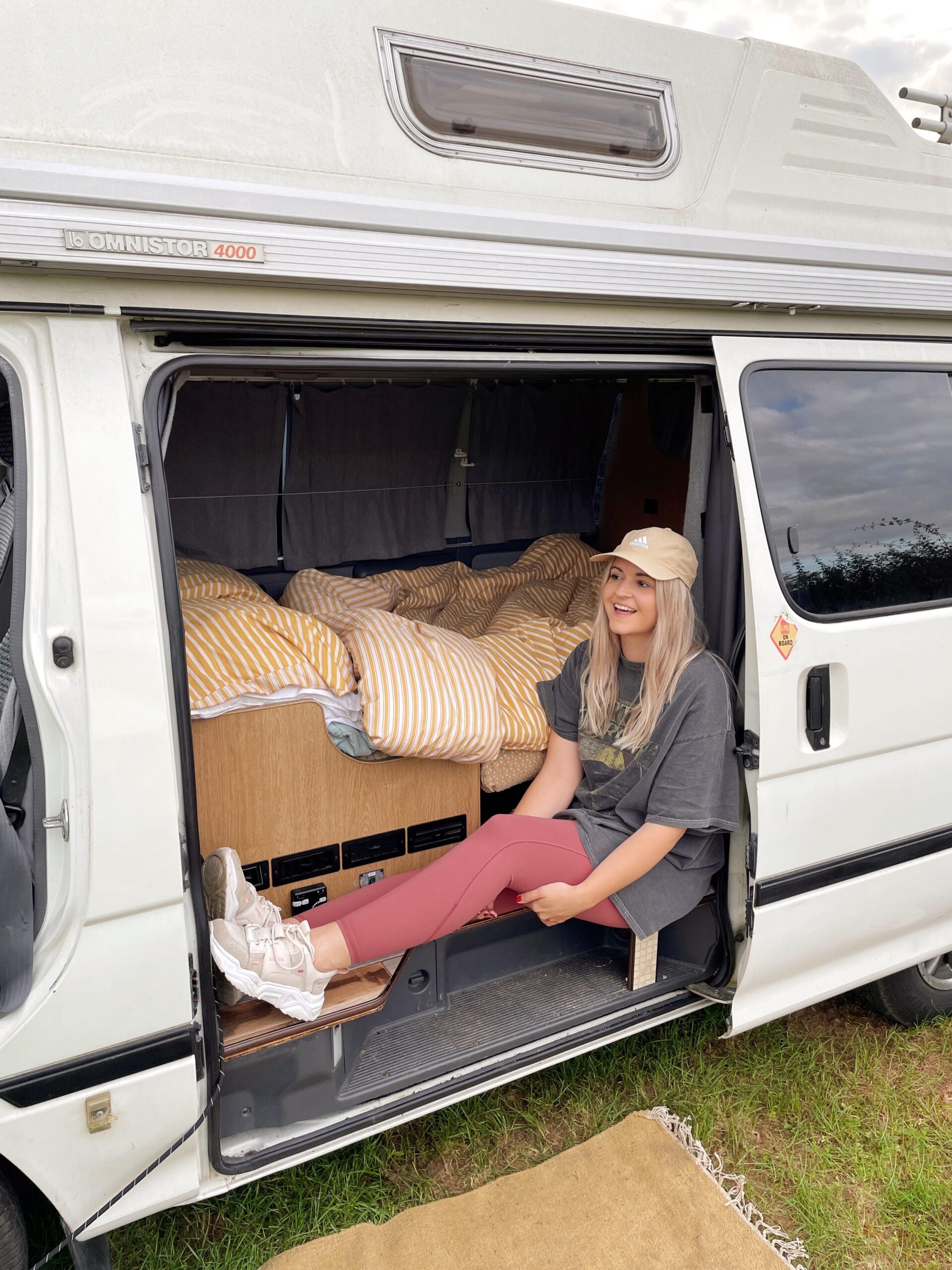 How One (Slightly) Rusty Van has Changed the Way I Travel

With change comes opportunity, and House of Coco writer, Tilly-Jayne Kidman has just embarked on a new project featuring a 1990’s campervan.

With change comes opportunity, and House of Coco writer, Tilly-Jayne Kidman has just embarked on a new project featuring a 1990’s campervan. Adventure now starts at home, read how a (slightly) rusty van has transformed her vision of travel for now and beyond.

When the pandemic hit and travel grounded to a halt, I felt lost. My life had been all go for many months, juggling a steady stream of freelance work with jetting off to a new destination on an almost monthly basis. Known for being the busy one, I was caught up in the buzz of my own life but all of a sudden, I felt as redundant as the planes on the Heathrow tarmac. I was no longer chucking a bikini into my suitcase and catching planes like buses, no, I was now watching back-to-back episodes of Schitts Creek and ordering a new pair of sweatpants. What I didn’t realise at this point (I think I’d just reached season three) was that I would soon be changing more than just my travel habits.

Like most, I thought this would be a temporary glitch in my busy life, that before long I’d be dashing off to the airport and having an almighty meltdown when my passport was not in the safe place where I definitely left it. As time passed, it became apparent that this would not be the case, life was changing and it was slowing down. Travel began to feel like a distant dream, an old life. I reminisced on old photos, scrolling for hours pining over memories of a former life. People watching in Cape Cod, pretending to understand baseball in Boston, road-tripping around the East coast of Canada. If only past me knew how good she had it! Never one to dwell, I began to explore the idea of an alternative form of travel. Slow travel, local travel.

I’ll put my hands up and (rather ashamedly) admit that travel to me meant exploring destinations outside of the UK. Sure, I’d ticked off a few of the popular UK hotspots, the Lake District has always been a favourite and I’d been to the coast a few times, but I’d never really sunk my teeth into the country I’d grown up in. Favouring bargain Ryanair flights to Europe over a weekend in Norfolk but when a flight to Copenhagen was less than the cost of dinner, it’s easy to see how we get swept up in the rush of bagging great deals and packing our bags. Not so great for the planet. With international travel off the cards for the foreseeable, I began to toy with the idea of van life. A lifestyle I’d been growing gradually more obsessed with over the past year or so. I followed van lifers on Instagram and on YouTube, admiring their travels and life on the road. They all seemed so happy and carefree, and I wanted a slice of that freedom.

One thing I’ve discovered since the pandemic, is that yes, holidays and trips are great, but actually it’s freedom that I value the most. Whether that’s here in the UK or on a sandy beach in Ibiza. This relentless craving for freedom led me down the van life road, and that’s when everything changed. I spent hours researching vans, would I buy a campervan or attempt a self-build conversion? Well, I’m not too handy with plumbing or electrics so maybe that won’t work. Ok maybe I should finance a new van so it’s reliable. THAT’S how much they cost? Ok maybe not. I went back and forth, until one fateful day, on my government-approved daily walk I bumped into a rather retro-looking Totoya Hiace with a ‘for sale’ sign in the window. I hadn’t felt such a rush of excitement in months, it was surely meant to be. I’d researched Japanese vans and the general consensus was that they’re pretty reliable, so with that in mind I scribbled down the number on the back of a receipt and as soon as I returned home I was on the phone and arranging a viewing. I will say that by this point, I had already decided this was my van. I’m not sure there was anything that could have put me off, once I get something in my head, it’s happening.

And that’s how Elvis came about. My new pride and joy. I viewed him for approximately 45 seconds before thrusting the cash into the man’s hand. He’s a 1994 Toyota Hiace import with just 69,000 miles on the clock. He’s been well-cared for with lots of life and adventures left in his old soul even if he is a bit rusty around the edges. In all honesty, I used to think caravans were predominantly for old people, but here we are. I’m even a member of the Camping and Caravan Club! Who is she?

My plans for Elvis are modest thanks to the already built-in bed and kitchen set-up, I’m quite lucky in the fact the hard work has already been completed, but I am giving him a much-needed refresh. The van is very much stuck in the 1990’s, so I’ve been working to bring him into the 21st century. A great little project that’s within the realms of my DIY skillset (just about), the floor has been replaced, curtains and new cushion covers are underway and I’m planning to give the dull wooden furniture a fresh coat of white paint. It’s the perfect base for all of my UK adventures, and we’ve got Cornwall, Wales, the New Forest and the Peak District lined up for the summer. Does he go above 50mph? No. Does he travel well uphill? Don’t even talk to me about it. What he does do though is get me there, it just takes a little patience.

The van life trend might be an Instagram phenomenon, but it has opened my eyes up to slower, more sustainable travel. The word sustainability gets thrown around an awful lot, to the point I think its lost meaning and impact to a certain degree. I’ve always felt a sense of guilt when I step on a plane, persuading myself that off-setting my carbon footprint alleviates any wrongdoing but knowing deep down that this is just a drop in the ocean. Will I ever get on a plane ever again? Yes of course, because I do believe travel is important and that we can be responsible, but the van has allowed me to explore slow travel, and even better, local travel. Exploring in a manner that’s better for the earth feels good, lowering my impact where I can, from reducing my air miles right down to my reusable flask, single-use plastic free van and plant-based diet.

I’ve experienced more of the United Kingdom in the past six months than I have in my entire lifetime. Elvis is taking me down roads I’d never have travelled before, introducing me to new communities of van lifers, and the greatest gift of all? Freedom. My Netflix account is wondering where the hell I am, because instead my days off are now jam packed with adventure. From ticking off the best beaches in Norfolk, to gazing at the staggering natural beauty of Durdle Door. Elvis has given me more than I could have ever imagined, and proven that even in the darkest of situations, there’s always opportunity if you seek it.

My future of travel looks different to what I could have possibly imagined pre-pandemic. Yes, I miss those balmy summer evenings on holiday, getting lost in bustling street markets and discovering delicious local cuisine. Those days will be back, I’m sure. For now, though, I’m happy to be living life with my little van. International travel is somewhat of a luxury and I will savour every last drop as trips become fewer and more meaningful. Perhaps one day soon I can hit the road in Europe and discover the South of France, but for now, I’m more than happy to settle for the Norfolk coast!