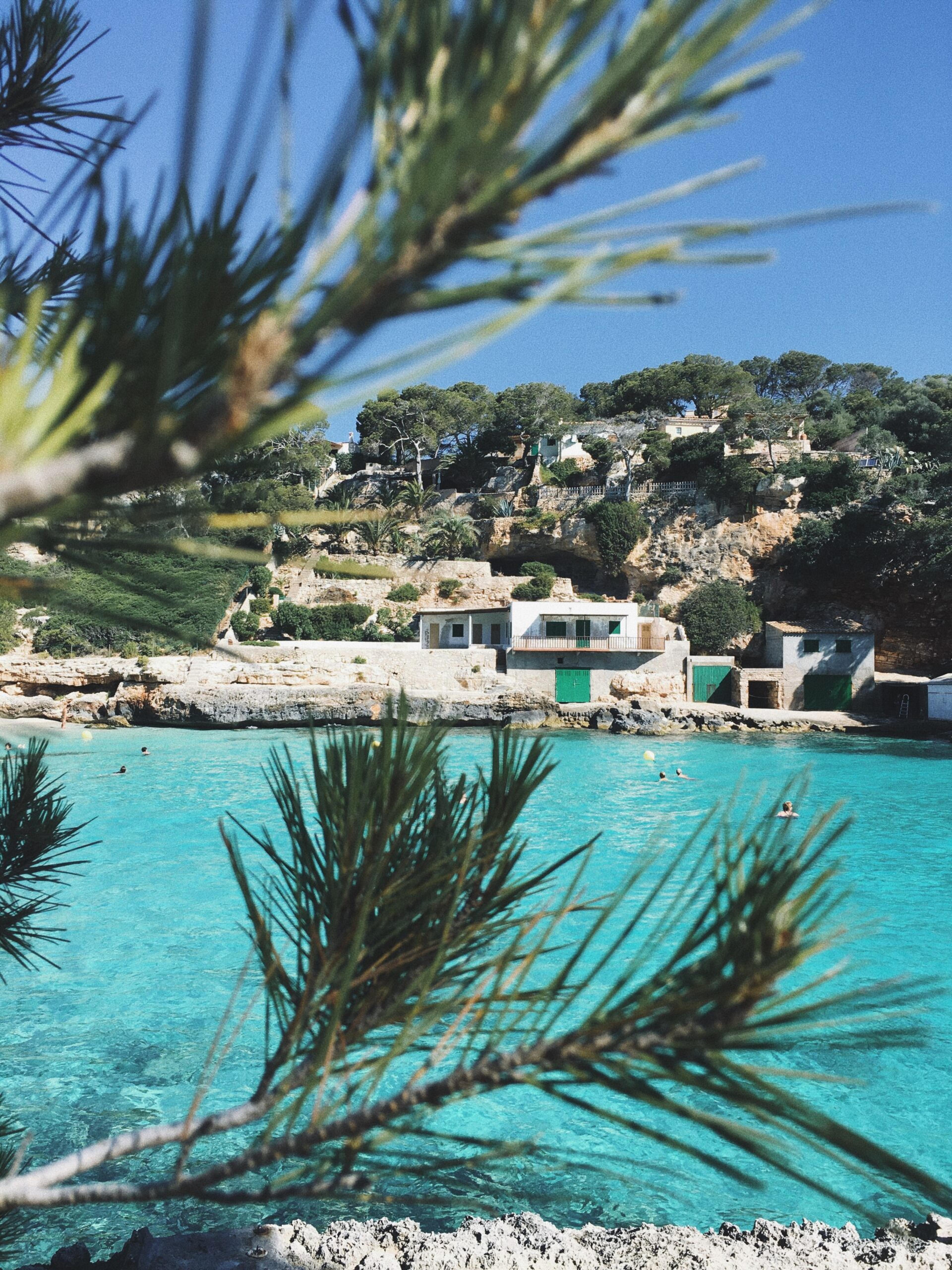 Castell Son Claret: An ode to an European holiday

Mallorca had always been our one-stop holiday destination.

Mallorca had always been our one-stop holiday destination. From the multi-family ‘kids of the same age’, fly and flop holidays of our teens where we were allowed to go to Magaluf for one night (albeit with our brothers, cousins and sisters) to finally visiting by ourselves fresh out of university. The island is very special for my best friend and I.

On our girls trips my food and drink memories consist of sipping on cool Cruzcampo cans that we would clandestinely swap for ruby red rioja for any pictures we were snapping. In the evenings we would graze on tomatoes buttery with olive oil and cheap and cheerful squid bought from the local markets that sizzled on the BBQ. Gin and tonics the size of our heads with fresh lemons, sliced Iberico ham, padrón peppers and lashings of aioli would feature during golden hour on the balcony of whichever little apartment Megan and I rented for the week. The sea makes you hungry, and thirsty.

On one of our annual pilgrimages however, we decided to go rogue. It was time for the anti to be upped. For Megan’s birthday we decided to book a table at Zaranda, the only two Michelin-starred restaurant on the Balearic Islands. The restaurant sits snugly within Castell Son Claret, a former 19th century castle and luxury hotel at the foot of the peak ‘Puig de Galatzó’ in the heart of the mountains. We were under no illusion that this was going to be the most extra night of our lives. As it was for a birthday celebration, I told my friend I wasn’t going to get her a card this year, as a way of validating the cost. My acute financial justifications have not advanced since this meal.

Dolled up to the nines in our chicest attire (linen dress from H&M), we indulged in some pre-dinner cocktails. We washed down our excitement with the signature Tramuntana cocktail in the bar at the front of the property and also tried an olive oil daiquiri. In the summer guests can have a pre-dinner drink on the terrace overlooking the gardens, we were travelling off season. Humming with excitement with other eager eaters, we sat tight in the historic cave like watering-hole. We sipped on our signature drinks that were made with sharp lemon juice, palo and homemade syrup made from the surrounding estate. As part of the ‘zero-kilometre cocktail concept’ many ingredients come from the castle’s own garden. After our pre-performance drinks, we moseyed in an almost anti chamber before the curtains into the restaurant opened and we were taken to our seats. We were in for a show. And quite literally, the restaurant offers a view into the kitchen, so guests can voyeuristically catch a glimpse of the chefs at work. We ordered the set menu with the wine pairing. There was a little shuffle with the waiter and the sommelier. Did they not think we could handle it? Megan is size eight, tall and svelte – did they not think she would make it? Bring on the first course.

The first thing that was put before us was plated on an Aztec-styled hand with three gold dusted delicacies that had flavours inspired by three different countries. The waiter introduced it as the ‘Spices Route, The Power of the Hands’. Venezuela was Tequeños, a fried breaded cheese spear. Colombia was Almojábana, a type of bread made with cuajada cheese and corn flour and Mexico was Tostadas de Cochinita Pibil, toasted shredded succulent pork and beans. We were hooked, they had got us and we were ready to eat whatever was put on the table. Nine opulent courses lay ahead. What followed were dishes and flavours that we had never seen or tasted before. There was a course that was lit up with aqua lights serving up sea blow from the Caribbean shores paired with an albariño, the swashbuckling ‘S´Àmfora’ which was paprika spiced octopus and potato veloute with the thick tentacles finding their way out of an intricate vase right before us and the ‘fish market’, a Pho Tai of crustaceans and freshly made succulent noodles. We had gobbled and relished everything so far and took a break whilst we sipped on our 15-year-old sherry from Jerez, like we were returning conquistadors regaling tales from new lands. We laughed out loud at the glorious reactions of other diners as fantastically foods were placed before them. The second half was a blur of intricate, abundant and quite ludicrously delicious treats.

A Mallorcan inspired dish with black egg, white onion and cuttlefish caviar, paired with a stunning crisp white wine from the island, a stew of conger eel with baby peas and potato which we were not hotly anticipating but which was one of the stand out dishes, smooth risotto with spring garlic aioli, juicy veal with Matsu 2015 El Viejo Toro that completely enveloped the taste with its blackberry notes. To finish, we were served the delicious sweet goat’s cheese buratta with strawberries and fresh basil paired with a naturally syrupy Spanish dessert wine from Jumilla that had been aged for three months in oak barrels. We were so full we felt like we needed to age for three months in oak barrels but we had to prove to the restaurant that we were worthy of this feast.

At the end, we hung back like any crazed fan after a London show, hoping to catch a glimpse of the star. To our delight, the famed chef, Fernando P. Arellano came out to chat to his diners and was genuinely interested in what we had to say. Unlike any other dining out experience, we had the time of our lives but knew we would never return. And that was perfect. I looked across the table as the genius chef did the rounds, at my friend who has shaped my life so utterly monumentally and felt lucky we had this moment of indulgence. It was truly worth every penny. The events of 2020 have meant that I will never take for granted easily hopping over for a holiday to Mallorca on a low cost airline for some sun, smell of sun cream, and salty sea. I quite frankly didn’t know how lucky I was. Now more than ever I am so glad we pushed the boat out and have these unbelievable morsels to mull over. We’ve dined out on the memory more times than I can count.

Estate double rooms at Castell Son Claret are priced from Euro 550 (from GBP 469.55) per room per night. Rates include daily breakfast, tax and service. The chef at Zaranda is now Sa Clastra. www.castellsonclaret.com​​​ 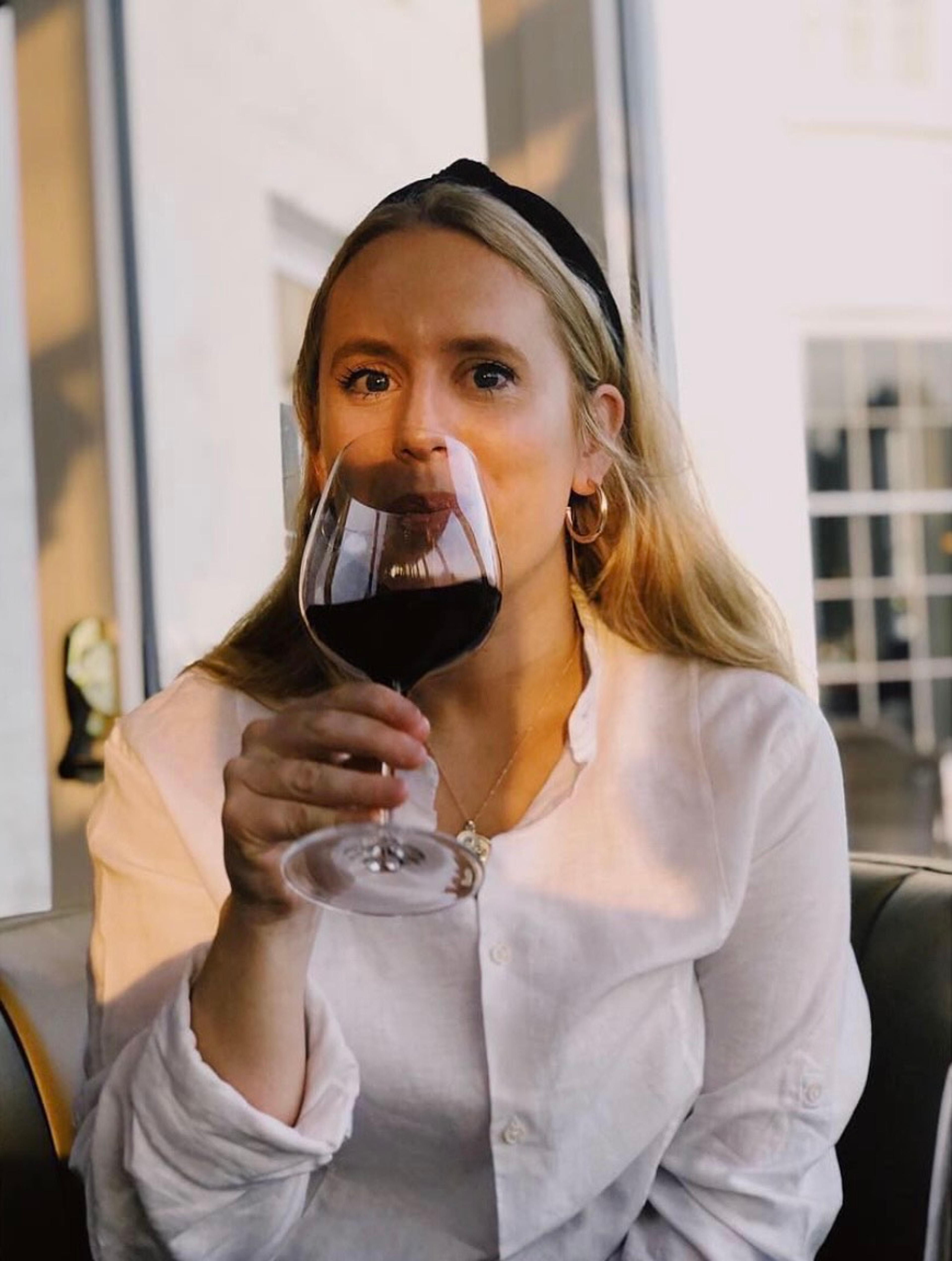