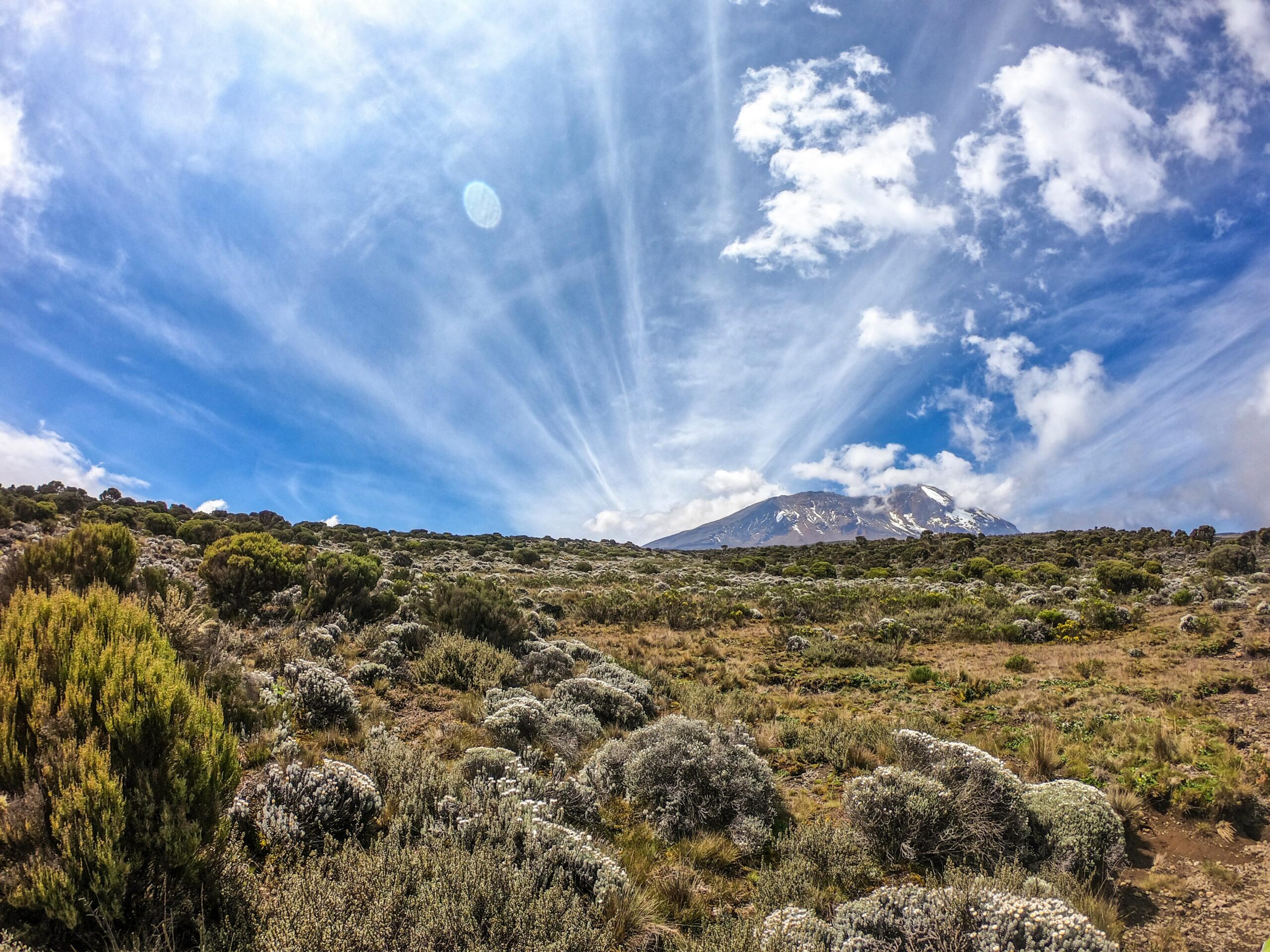 Some people make the infamous and tiring climb up Mount Kilimanjaro for the bragging rights.

Some people make the infamous and tiring climb up Mount Kilimanjaro for the bragging rights. Not everybody can make the claim to have conquered the summit, after all, and such a hike is certainly worth bragging about. But not everybody is interested in the challenge offered by Kilimanjaro, so much as they are seduced by the thought of the many beautiful sights.

The mountain certainly has a lot of picturesque and beautiful sights on offer, most of which are absolutely not to be missed out on. Some would argue it’s worth making the climb for these sights alone, so here are some of the best that you should keep a spare eye out for!

When you start off your journey at the base of Mount Kilimanjaro, you’ll notice that among the first beautiful sights available to you will be the gorgeous rainforest. It’s not common for this rainforest to actually receive rain, but the mountain infamously has it’s own entire weather system, which leads to the rainforest getting around 80 or so inches of rain on a yearly basis.

This is typically across the rainier months of May and November (which are not recommended climbing months, as rain can complicate a journey).

If you’re lucky, you might even come across some of the rainforest’s interesting wildlife – particularly the Colobus Monkey. These black and white primates are native to Africa and live in the numerous treetops of the rainforest.

The mountain doesn’t have that extensive of an ecosystem, but chances are that along your journey you’ll see some plants and animals you wouldn’t have seen anywhere before. One unique type of plant life on the mountain is the Dendrosenecio Kilimanjari, which is a type of plant that has specifically evolved over time to survive the widely varying weather conditions atop the tallest free-standing mountain. A sight you’ll see nowhere else in the world, only on Kilimanjaro.

White-necked ravens on the other hand aren’t unique to Kilimanjaro, being native to both Eastern and Southern Africa. They are, however, among the more interesting sights you’ll see on the mountain. You’re likely to spot these along your way up, where they typically lurk around campsites in hopes of scavenging some food from the journeying groups.

Given the heavy crowding of people on the mountain, not too many other species of animals are around. In 1926, however, a snow leopard was spotted on the mountain with the occasional reported sightings since then! It’s highly unlikely that you’ll happen to spot one yourself, but it serves to keep an eye peeled. To see more wildlife like the big 5 or wildebeest migration you will have to go on a Tanzania safari in places like Serengeti National Park.

Leftovers of a tragedy

In 2008, an aircraft crashed into the mountain, near the Mawenzi peak, 4,330 metres above sea level. The crash had unfortunately taken the lives of four tourists, but to this day, the wreckage of the wings has remained on the mountain and is a sight you might come by between Uhuru and Mawenzi.

It’s a rather morbid site to visit, especially given its story. But as with most of what you’ll see on Kilimanjaro, it comes with a surrounding view that is hard to beat, and is a good place to pay your own private respects to those who have lost their lives on the Tanzanian mountain.

When it comes to weird sights, strange rock formations in particular, then Kilimanjaro certainly isn’t lacking. If you’re to be travelling along the Marangu route for instance, then chances are that you’ll come across the ‘Zebra rock.’ The formation earned its named from its black and white appearance, which had developed gradually and over time when rainwater, rich with minerals, had fallen over the volcanic rock over the course of many years. It’s an incredible site to visit, and is great for a photo or two!

Whereas if you decide to travel by either the Machame, Lemosho, Shira, Western Breach or Umbwe Routes, then you may come by a different kind of formation – one that goes by the name of the ‘Lava Tower.’ This is a 300 foot tall rock formation that was created by lava, because if you hadn’t guessed yet – Kilimanjaro is a dormant, though once-active volcano.

The tower was formed when lava was still pumping up out of the volcano at violent rates, though in a case such as this one, the lava had quickly hardened to make a large formation of sorts, thus plugging up the volcanic vent below it. It’s a beautiful spot worth climbing for that tells a story that no man was there to witness.

The glaciers near the summit

Fun fact about mountains: the higher up you go, the colder it gets. This is true even for Kilimanjaro, which is situated in the world’s hottest continent. To this day there are glaciers near the top of the mountain, some of which are said to be over 10,000 years old! But they ranked among the top sights you ought to take in at Kilimanjaro, given that they may not always be there.

Over the course of the last 100 years, it’s estimated that the glaciers had melted by about 85% and are continuing to disappear due to climate change. This is in keeping with certain records and recordings from the 1920s which observed a decreasing amount of ice near the mountain’s peak. At the moment, predictions place the total disappearance of the glaciers to occur within 50-70 years, so they likely won’t be around for another 100.

There’s plenty more unique sights to take in on Kilimanjaro, from the gorgeous summit to the cloud-top sunrises. Regardless of route or time frame, you’re bound to witness something worth talking about! So what are you waiting for? Schedule your climb and prepare to see something beautiful atop your journey to the peak of Kilimanjaro.