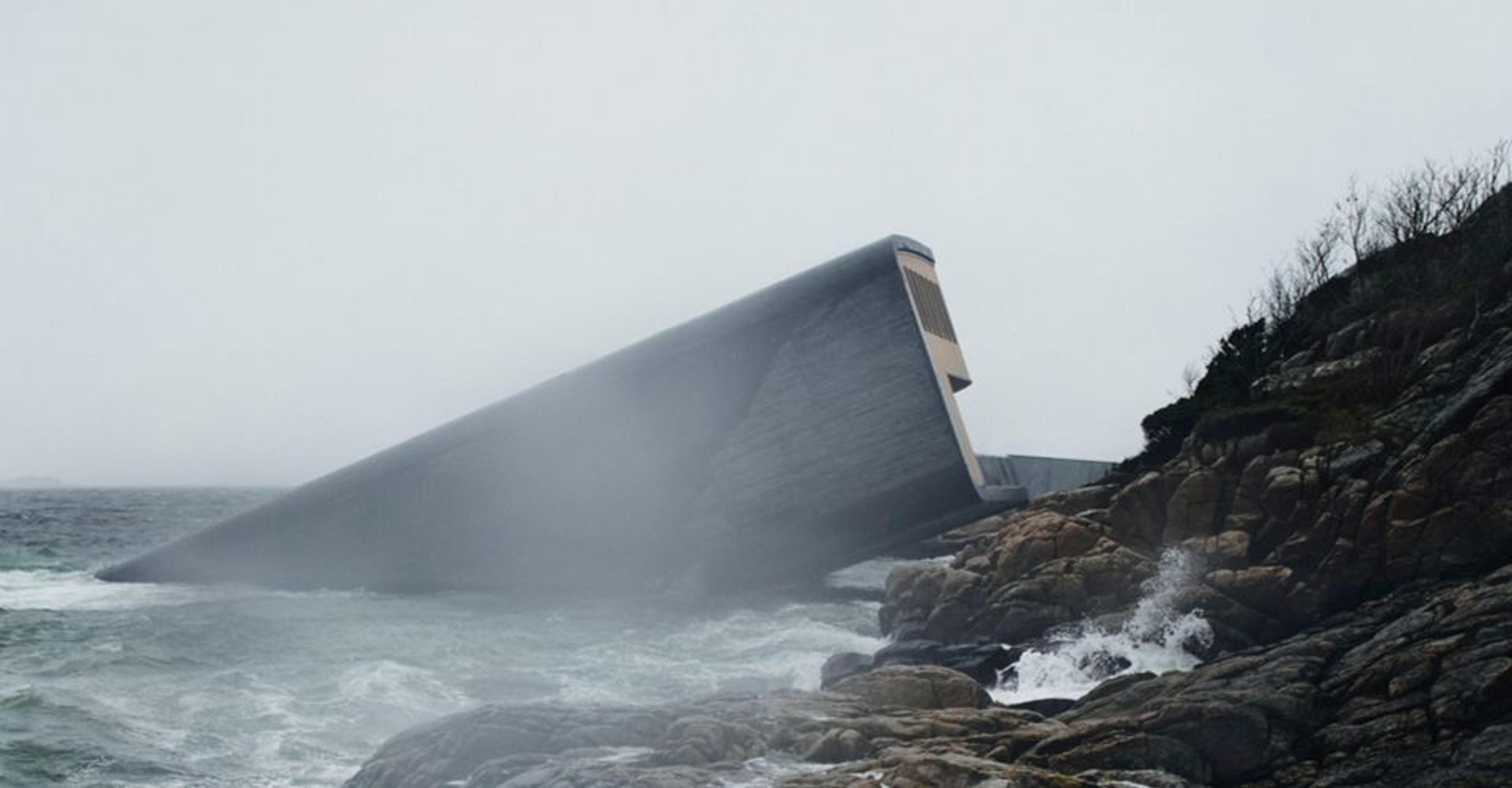 There’s nothing better than hanging out in the water, whether it’s lazing on the side of a catamaran, playing in the shallows, snorkelling amongst the fishes or sleeping by the

There’s nothing better than hanging out in the water, whether it’s lazing on the side of a catamaran, playing in the shallows, snorkelling amongst the fishes or sleeping by the sea. What about sleeping in the sea? Or having dinner with the fishes? Underwater destinations are a seriously luxe way to explore the water and we can’t get enough of them. There aren’t any off England’s coast yet which just means you’ll just have to find your passport and head off to one of these international spots in the sea.

Up until now it’s been all about Maldives, Fiji and Dubai when it comes to underwater dining, but now Under has opened in Norway. Europe’s first and the world’s largest underwater restaurant is five metres below sea level in Lindesnes in southern Norway. Half-sunken, the Scandi-chic restaurant juts out of the sea making it an architectural interest in itself, but really you want to get inside and down to the panoramic window. The sea might not be as a crystal blue as in the tropics, but the rugged coastline still makes for perfect dinner viewing, you can expect to see urchins, crabs, mini sharks, battling lobsters and even the occasional seal!
www.under.no

If staying on your own private floating island surrounded by reef fish wasn’t already dreamy enough, the base level of this three-tiered hotel room is submerged entirely underwater. At night underwater spot lights attract the likes of squid and octopus and coral has started to grow up around the anchor. With a minimum three night stay, you can spend one night sleeping on the top deck under the stars, one on the middle deck with 360 views of the reef and conservation area and one night below the water, watching the fish for a truly unique experience.
www.themantaresort.com

If you want to dine at the dramatic Subsix then you’re going to need to catch a speedboat or board a seaplane to get there as the restaurant and club sits 500 metres off the shore and six metres below sea level. Inspired by the setting the restaurant’s shape emulates a clam, the chandeliers mimic coral and there are sea anemone chairs. That said, however glamorous the interior is, we can guarantee that as you’re sipping on your Champagne you’re going to be transfixed by the lagoon outside where moray eels, parrotfish, groupers, butterflyfish and even Hawksbill turtles glide past.
www.niyama.com

Starting this luxe trend, was Ithaa, the world’s first underwater restaurant. Sitting five metres under the Indian Ocean, Ithaa at the Conrad Rangali Island in the Maldives is surrounded by coral gardens teeming with fish, giving you one incredible view as you dine – no need for people watching or trying to think of topics if the conversation runs out. Open for mid-morning cocktails through to dinner, this really is one special restaurant that should be on everyone’s bucket list.
www.conradmaldives.com

The underwater suite at Atlantis The Palm in Dubai is pure decadence. You won’t just be curling up on an opulent king sized bed or relaxing in a marble jacuzzi, you’ll be doing both of these whilst watching 65,000 marine animals including sharks and stingrays glide past your window. With mesmerising private views of the Ambassador Lagoon and a butler to boot and you’ve got yourself one very decadent holiday.
www.atlantis.com