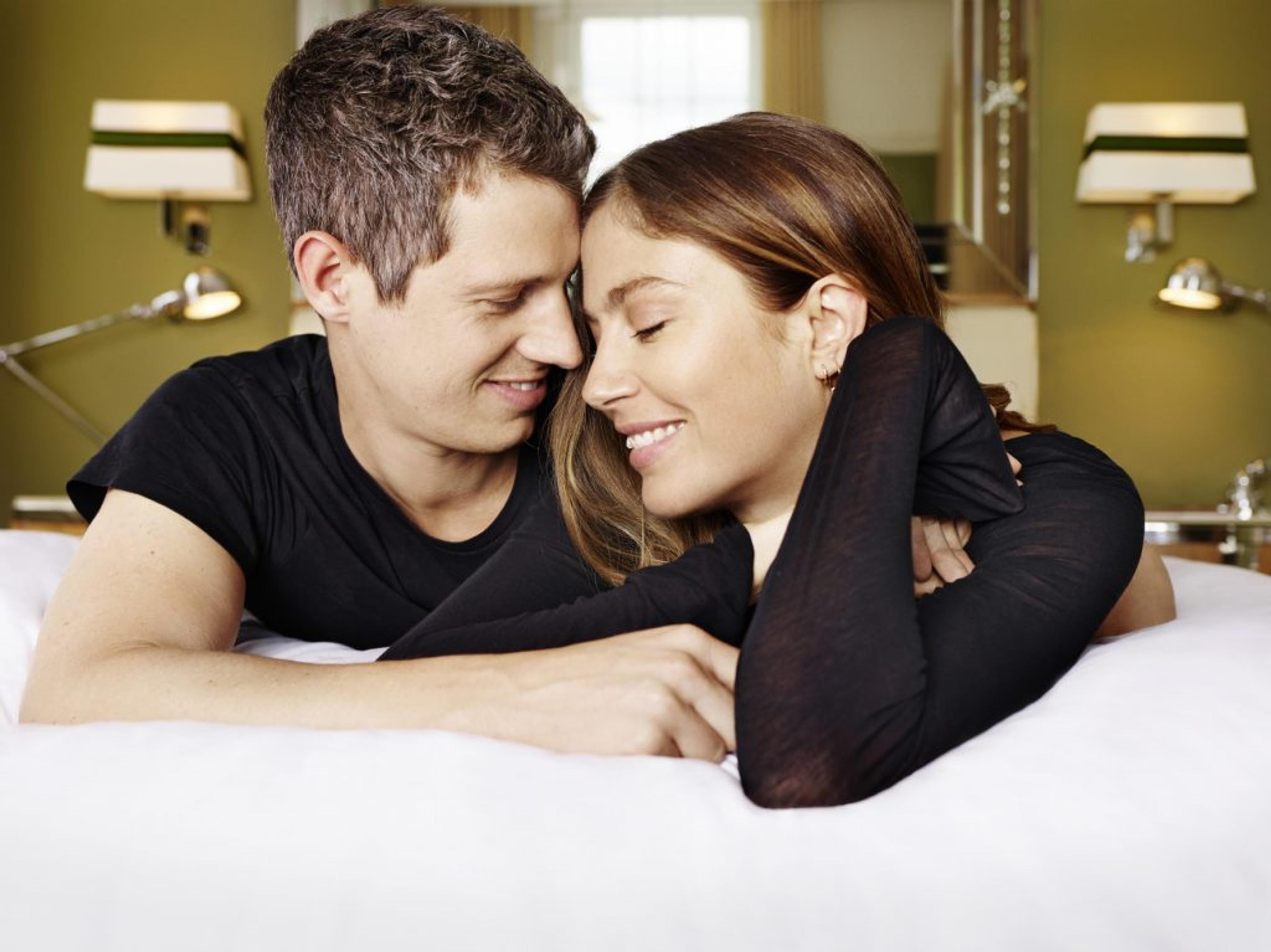 Find out how travel, loyalty and love are celebrated in Illustrator Quentin Jones’ relationship with husband George Northcott as they shoot with Rankin for Marriott Bonvoy. Marriott Bonvoy, the travel

Find out how travel, loyalty and love are celebrated in Illustrator Quentin Jones’ relationship with husband George Northcott as they shoot with Rankin for Marriott Bonvoy.

The campaign examines the importance of loyalty and travel in modern relationships featuring fifteen couples shot by Rankin across fifteen Marriott Bonvoy hotels in Europe. Each of the couples’ stories share a common theme of experiences and precious time spent travelling, to tell tales of family bonding, friendships and romance.

And it’s all about romance for Quentin Jones and George Northcott, a married couple who’s personal love story centres around travel from the very start, as they first met in an airport.

“We met in Heathrow Terminal 5 on our way to the same group holiday in Mexico five years ago,” recalls illustrator and film maker Quentin Jones. “George was a friend of my sister’s husband’s friend and we met going through the airport, but first spoke properly on the plane.”

By the time the trip ended, they were dating. Unfortunately the pair lived on either side of the pond, with Jones in New York and Northcott in London. They didn’t let this stop the blossoming romance though and dived head first into a long-distance romance hopping back and forth over the Atlantic.

“George was really romantic. Every time he came to visit, he wrote a rhyming comedy poem about the trip,” says Jones.

Fast-forward to now and the pair have been living in the UK for three years and have two children: sons 3-year-old Grey and 10-month-old Cassius.

Calling North London home, the pair made a habit of weaving travel into their lives. After a fairytale weekend-long wedding in Venice, they spent three weeks in India for their honeymoon.

Jones tells us: “I think Venice will always be special to us because we got married there and we often go back for the Biennale. Every time you arrive in Venice, it takes your breath away.”

READ MORE: A New Way To Hotel: Creativity By Day, Cocktails By Night

They now make it a priority to escape regularly for weekends away, making time for just the two of them among the chaos of work, life and kids.

“I think it’s really important to find time as a couple, so this year we went to Miami for some sun in February, skiing in March, then Venice to the Biennale opening in May,” Jones tells us.

She adds: “Trips with kids can be so amazing, but for quick weekends away, just being the two of us is such a treat.”

“I have been shot by him a few times over the years, and he is still as funny as ever,” she describes the experience.

READ MORE: Mark Kermode On His Love For Film And His Starring Role In Marriott Bonvoy’s Loyalty & Love Campaign

Rankin commented; “Hotels are fascinating places; each guest and room has a different story to tell, forming a treasure trove of memories made together. In Loyalty & Love, we wanted to capture the romance and glamour of staying in a hotel by revealing our couples behind closed doors, suspended in their own private bubble of their hotel room. The result is a collection of images which put the romance back into travel and show the important role that this precious time together can play in a relationship.”

Marriott Bonvoy is the new name for a travel programme that lets members earn and redeem points with 30 brands and more than 7,000 hotels worldwide. Launched in February 2019, Marriott Bonvoy replaced Marriott Rewards, The Ritz-Carlton Rewards and Starwood Preferred Guest (SPG). Comprised of a portfolio of extraordinary brands where you can earn and redeem, as well as offering approximately 120,000 destination tours and adventures on Marriott Bonvoy Moments, the travel programme enables members to explore the world in pursuit of their passions.

Jones tells us why they chose to stay in hotels: “Loyalty works both ways, and it’s always nice to be rewarded by a brand. One of the things I like about Marriott Bonvoy is the number and quality of hotels and experiences on offer – loyalty is easy when you’re spoilt for choice!

“I adore staying in hotels because of how stress free it makes a trip – particularly with babies.”