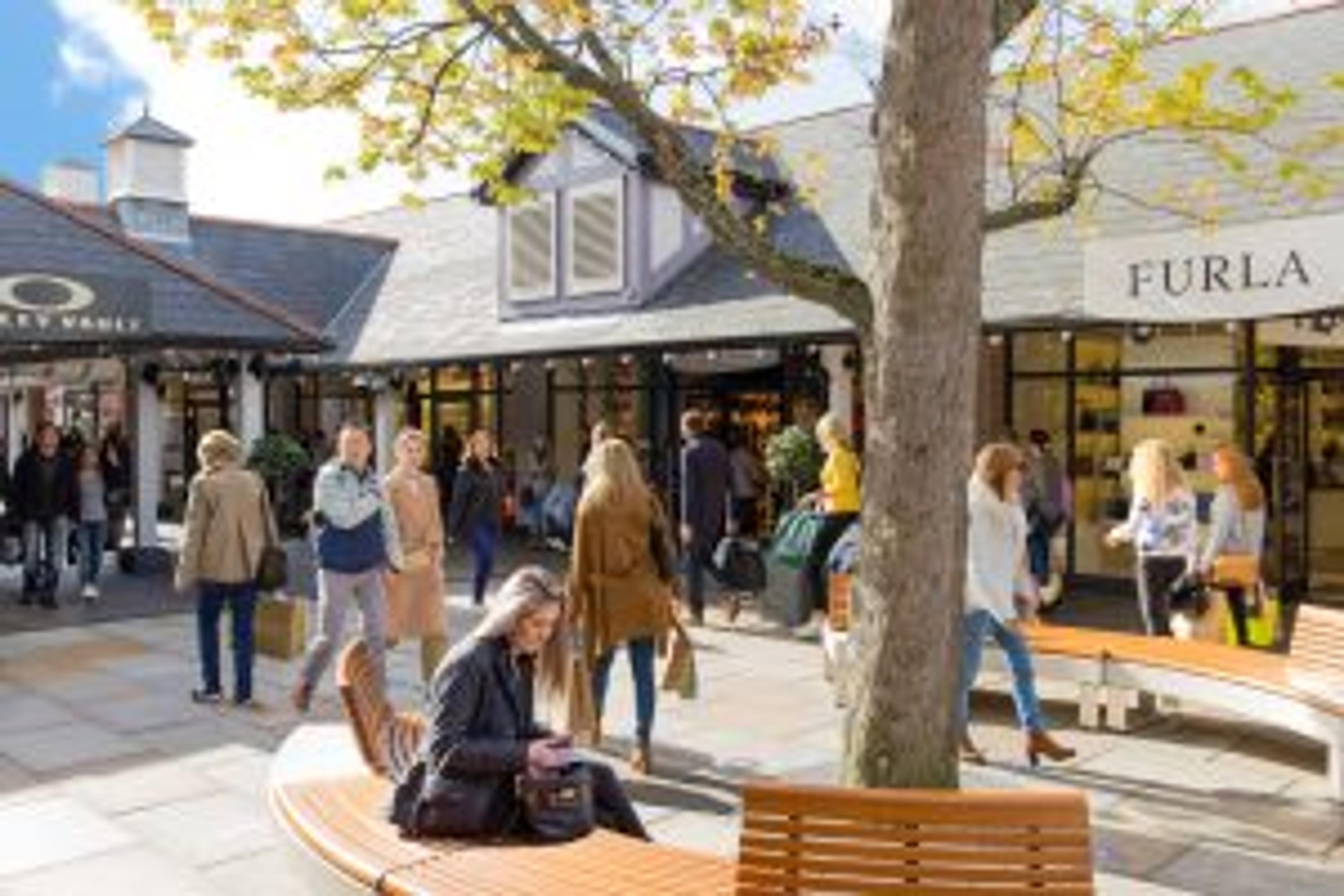 A Weekend in Cheshire

Where do we begin with this amazing trip to Cheshire? There are just so many elements of fabulousness for #TeamCoco to talk about when it comes to spending a weekend

Where do we begin with this amazing trip to Cheshire?

There are just so many elements of fabulousness for #TeamCoco to talk about when it comes to spending a weekend in the North West; from lovely spa hotels to dining out, local attractions to learning that Peaky Blinders was part-filmed in Cheshire, country pursuits, and an all important shopping trip to McArthurGlen Cheshire Oaks, the UK’s largest designer outlet. This certainly was going to be a jam packed visit.

It started with being let loose at the ever-evolving McArthurGlen shopping location Cheshire Oaks. Currently, Cheshire Oaks is going through a major £40m expansion to increase the retail offering by a further 25-premium fashion and restaurant brands by this coming October; could this place get any better, we think not!

This shopping spree was going to be a good one, Rachel set off with her budget knowing that with up to 60% off the RRP she was going to get some proper bargains. She took in the busy sights of the high street stores including Next, M&S, Nike and Gap, she meandered through her top end high street favourites; Coast, Cath Kidston and Fossil, and strolled past some of her fave cafes and restaurants including; Yo! Sushi, Patisserie Valerie, and Ed’s Easy Diner, on to the quadrant where dreams are made of, the luxury and designer stores.

Not only did Rachel enjoy every single second running around the stores to find some serious discounted offers from some of the world’s most well-known super brands, but she spent time chatting to the friendliest shop managers and front-of-house staff she has ever had the pleasure to meet. From Lacoste to The Kooples, Lulu Guinness to Mulberry all the staff she encountered were truly pleasant to be around.

Reality hit home and Rachel had to end her time on this super shopping experience and move to her next location, but first she had to be dragged kicking and screaming from Ralph Lauren ☺

The weekend visitors next destination was a short drive from McArthurGlen, where they checked into Craxton Wood Hotel for the night and headed for a relaxing Elemis spa treatment along with a swim in the pool and brief stint in the sauna.

Back in the hotel room post massage and swim it was time for Rachel to unpack all the shopping spree bags from McArthurGlen Cheshire Oaks, play with all her new purchases, and prepare for an evening of fabulous cocktails and dinner in the hotel restaurant Craxton Wood Grill.

Rachel opted for a classic Prawn Cocktail to start with, after a rather nice glass of Kir Royale, and a couple of Cosmopolitans. She then chose Mushroom Ravioli for her main course, and cheese and biscuits for dessert, which ended the day perfectly.

Back to the room after a late night filled with cocktails and great banter with the other guests, and it was time to watch a bit of trashy reality TV (hoping for The Real Housewives of Cheshire)!

Morning encroached all too quickly, where she awoke surrounded by the previous day’s McArthurGlen purchases, much like you would expect to find a small child post-Christmas surrounded by all their toys!

It was time to pack the Cheshire Oaks purchases away and get ready for a day filled with rifle shooting and laser clay pigeon shooting in the grounds of Craxton Wood Hotel.

Rachel, who admits to not being gun savvy wasn’t expecting to win the laser clay event organised by the hotel events team, but she did, and she did it to much applause by the other members of the shooting party. #TeamCoco 1 other adventurers nil!

The day evolved from shooting clay pigeons and bottles to walking around the beautiful gardens of Arley Hall in Northwich with the head gardener, followed by a very cute afternoon tea complete with soup filled mini flowerpots! #totesadore

Arley Hall was one of the wicked locations for the filming of British TV Drama Peaky Blinders, and best of all the infamous bad lad Tommy Shelby had a major fight on the garden steps. The gift shop at Arley Hall now stocks Peaky Blinders beers for true fans to indulge in!

From Arley Hall, Rachel and her co-weekenders went for a little cruise down the Shropshire Union Canal where it meets the Manchester Ship Canal, with the team from the National Waterways Museum at Ellesmere Port. The team spoke about the history of the waterways and how food such as chocolate was transported many years ago. Who doesn’t need to know an odd fact about chocolate to wow our friends with, after all chocolate is life!

The weekend of plenty of excesses was about to end, after 2-days of shopping at the legendary McArthurGlen Cheshire Oaks, spa relaxation, food and outdoor pursuits at Craxton Wood Hotel, a peaky blinders tour and afternoon tea at Arley Hall, plus a canal trip down the waterways of Chester, it was sadly time to leave this glorious part of the UK and head home dreaming of the next visit to McArthurGlen Cheshire Oaks.

Rachel is counting down the hours until her next visit to Cheshire.