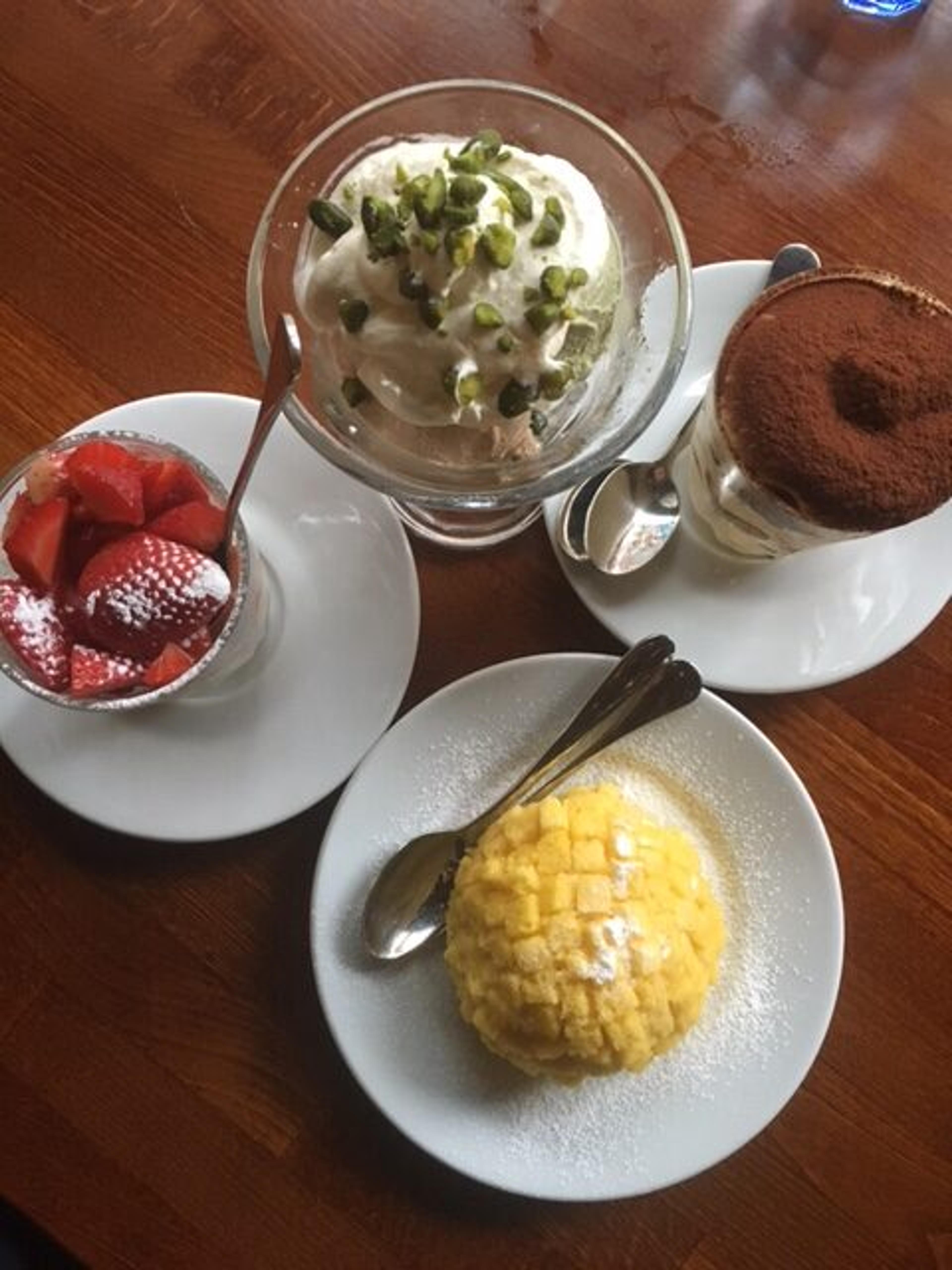 Here at House of Coco you know we are never ones to pass up on a foodie experience and sharing with you all the secrets that we uncover.

Here at House of Coco you know we are never ones to pass up on a foodie experience and sharing with you all the secrets that we uncover. Seven Dials has been a fabulous shopping destination in London for years now and this #TeamCoco member loves nothing more than a good coffee in hand (try Monmouth for this!) and bobbing into boutiques. This said, until recently we couldn’t put our hands on heart and say that we had made it into that many restaurants in the area, which do tend to be packed to the brim with tourists before shows.

Step forward the amazing team at Seven Dials who invited us to try an evening of un-touristy decadence, sampling desserts in two stunning restaurants; VICO and Tredwell’s. It went a little something like this…

Our first stop was Southern Italian style trattoria, VICO (from the team behind Bocca di Lupo, read more here). Nestled between the West End and Covent Garden, this Seven Dials gem sits where a Pizza Hut used to be and boy, are we glad that it does! Stepping into the restaurant strangely feels like stepping outside, onto an Italian plaza with lights strung across the ceiling and a deep blue mosaic fountain taking centre-stage near the open kitchen.

We were warmly welcomed by the team who then proceeded to do their best to feed us everything on the dessert menu which we certainly didn’t complain about. The dessert menu here at VICO encompasses everything from fresh summery strawberries in cream, through pistachio, hazelnut and ricotta-coffee sundaes (more on the onsite gelateria Gelupo later), a sponge covered Mimosa Cakelet to what we crown the king of the desserts on our table, the tiramisu (There’s layers to this **** player, Tiramisu, Tiramisu… Yes, we went there).

Our intention was to try a little of each. That intention went fully out the window and we near licked every plate clean. Four desserts down! Alongside the delicious and varied dessert menu is a fabulous drink and wines list and we happily sampled espresso martinis which were to die for (and we count as a dessert, bringing our tally to five) and sweet dessert wine reminiscent of summer holidays.

Getting up from our seats was certainly a bigger task that when we sat down but we happily waddled over from the main restaurant for a taste of the sit in and takeaway gelateria on site, Gelupo. The sour cherry gelato was incredible but as this was already dessert six, we needed to scarper!

Just down the road from VICO we pop into Marcus Wareing’s Grand Café-style Tredwell’s, winner of AA’s 2015 Resturant of the Year award. Who knew you could get such settings a stone’s throw away from the tourist trap of Leicester Square! We were curious about the name of restaurant and when it transpired that it was the name of the butler in Agatha Christie’s The Seven Dials Mystery, we knew we were in the right final destination for our Seven Dials adventure!

While the relaxed atmosphere in VICO made us very comfortable stuffing our faces, the more reserved, whitetable cloth atmosphere and reputation struck a little fear into our already overfed stomachs! We needed have worried as we were there to try Tredwell’s virtuous dessert offering, a vegan brownie.

The vegans among us are clearly onto something as this, improbably also wheat-free, dessert is rich and chocolatey. The pairing with a tart coconut yoghurt gets the tastebuds going but by this point we had to admit defeat. The brownie would a fantastic finish to a refined modern British meal that we see our fellow diners enjoying but as our dessert number seven is the icing on the cake that tells us that it’s time to go home and only eat vegetables for the rest of the week!

So, what did we learn on this adventure? Contrary to what we believed there are an astonishing number of culinary gems to be found in this very popular part of town. London is moving on so fast so that we realised that many of our memories of the restaurants area were based unfairly of Seven Dials 5, 10 years ago and it’s now alive with exciting dining opportunities.

Wherever you decide to dine in Seven Dials, leave space for dessert!