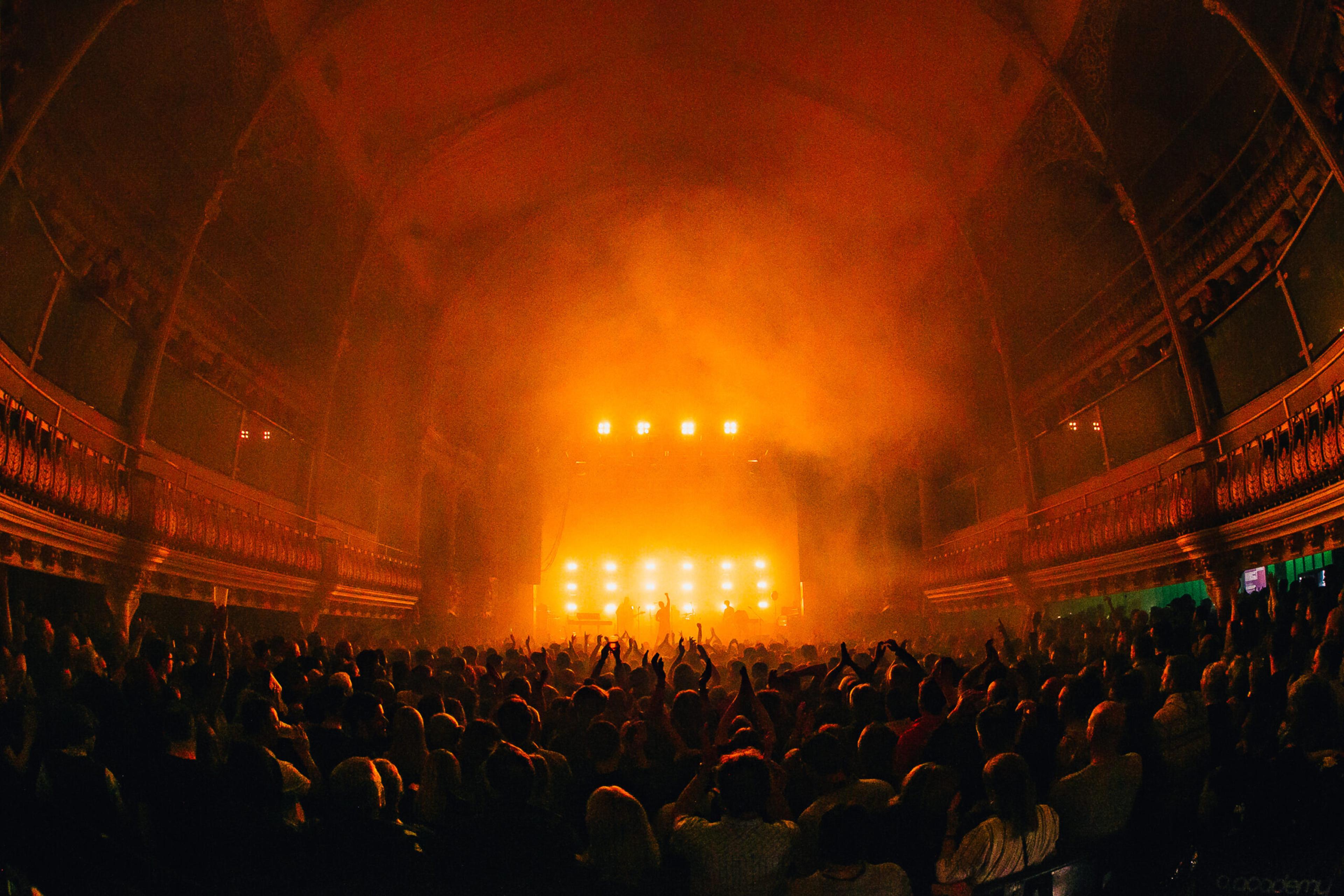 Supercharged, immersive and magical, why iconic dance pioneers Groove Armada have gone out with a bang on their final tour.

Supercharged, immersive and magical, if the mission for iconic dance pioneers Groove Armada was to go out with a bang on their final tour, it is wholeheartedly mission accomplished.

One of the most influential dance acts of all time, Groove Armada demonstrated their prowess and longevity in an epic set at the O2 Academy in Bournemouth. They released their last album ‘Edge Of The Horizon’, after a ten-year hiatus in the back end of 2020, and their final curtain tour had a nod to some of those tunes along with some of their evergreen classics.

The seminal electronic duo made up of Andy Cato and Tom Findlay have been making music since the 90’s and have never faltered in their approach to making dynamic and uplifting dance music.

The Twenty Five farewell tour was a treat for all the senses – fusing incredible music (with an immersive surround sound system) and a spectacular light show which delighted the sold out crowd.

With their impressive back catalogue, a set of nearly two hours almost didn’t seem enough time for the dynamic duo to sign off in style, but they did! With a chock-a-block set list that included fan favourites like Superstylin’, At the River, I See You Baby, Song 4 Mutya (Out of Control) along with some their newer tracks like Don’t Give Up and Edge of the Horizon, the pair, who were supported by a live band which included singers Luke Una and Saint Saviour were absolutely spectacular.

With a mixture of crowdpleaser classics mixed with newer material, this was a standout gig which was intoxicating, life affirming and thrilling in equal measure. Groove Armada, we will miss your live shows – but what a phenomenal way to draw your live performances to a close.