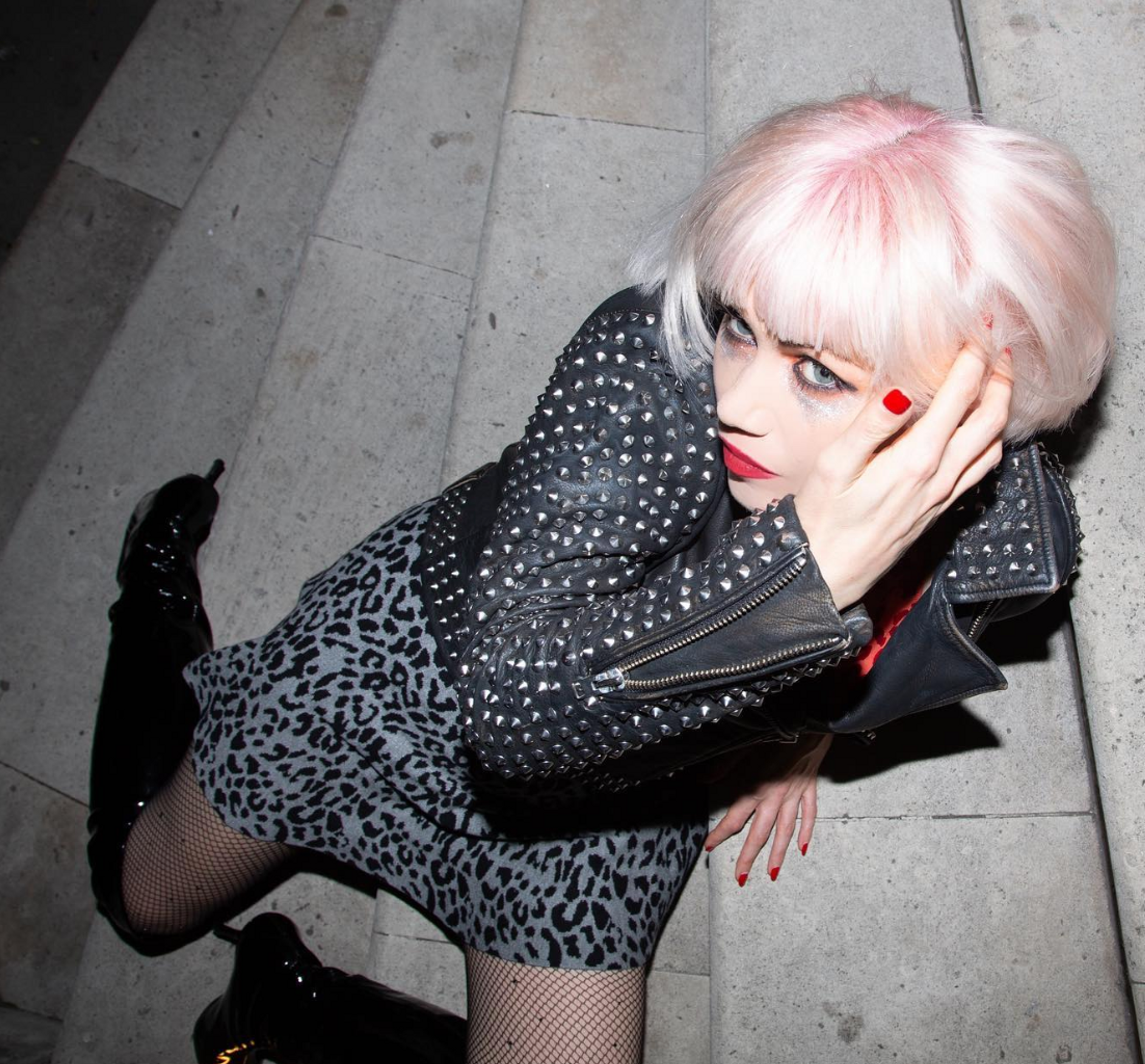 In Conversation with: DJ Amazonica

Music Editor Emma Harrison caught up with her to talk about DJ’ing at the Cannes film festival, her forthcoming support slot with indie rockers The Libertines, her dream collaborations and what makes a great playlist.

DJ, songwriter, musician and one of the most stylish people in the music industry, Amazonica AKA Victoria ‘Harry’ Harrison is THE DJ of the moment and has performed for some of the world’s biggest celebrities and has spun tunes some of the most exciting parties.

Not only is she a highly regarded DJ, she’s also a fantastic singer-songwriter and musician too. Music Editor Emma Harrison caught up with her to talk about DJ’ing at the Cannes film festival, her forthcoming support slot with indie rockers The Libertines, her dream collaborations and what makes a great playlist.

A huge welcome to House of Coco, as one of the sought after DJ’s in the world who has DJ’d at some of the hugest events like official premiere afterparties – please can you tell us a little bit more about how you got started in music? I understand that you were signed at the tender age of just 15?

Yes, I loved alternative music so I answered an ad in the Melody Maker when I was 15 to work with Jon Klein from Siouxie and The Banshees and some other notable goth heroes who taught me the way around the studio. I would come up to London on the train after school and record and learn my craft which led to me getting signed at 15. After that I ended up recording my first album with Youth from Killing Joke after he did The Verve’s incredible album. That was my start in music. Unfortunately, Telstar Records went bust and left me in limbo for a while with my recorded music, but during the pandemic I got the rights back to my first 2 albums, so now they’re available to stream and I set up my little indie record label for it.

What kind of music were you listening to and what or who was influencing you as you started out?

Nirvana changed my life. I loved grunge, goth, rock and metal but I also really really loved Hip Hop. I saw Lauryn Hill at Brixton Academy when I was 18 and I really loved the Miseducation album. I also loved going to clubs and dancing all night to industrial music. Growing up half the time in England we had some incredible dance music happening like The Prodigy, Chemical Brothers etc.

Your album ‘Songs from the Edge’ is out now. Sonically, this is different from your previous work. How did this record come about and what inspired you to make it?

Honestly, it was an absolute nightmare. I mean this album really helped me because I was newly sober recording it so it helped save my life, but everything to do with the business aspect of it was nightmare upon nightmare upon soul crushing nightmare. But that’s over now and I own it and it’s out finally everywhere.

Do you have a favourite track from the album? If so what is it and why is it your favourite?

I think ‘Get High’ is beautiful and really hypnotic. It reminds me of Janes Addiction. But as whole I’m proud of that entire album, it was the first album I wrote entirely on guitar myself.

When it comes to creating music, what comes first – the lyrics or the music?

I usually strum some chords or play on the keyboards and then usually the words and melody come out sort of simultaneously.

You released ‘The Trouble with… Harry remastered ‘The history’ at the back end of last year. It sounds as fresh as ever! How was it revisiting this particular body of work and how do you feel that you have changed since it’s initial release?

Wow, definitely. I was literally a child when I wrote and recorded it and was still heavily into using drugs and alcohol to escape. I was so messed up inside and had so much to deal with. Now when I listen back I have so much compassion for myself and am so bowled over by how much strength and balls I had to do all of that at such a young age. I am so proud of who she was and who I am now – we are two totally different people but I had to be her to be me now.

The albums I’ve done have been the anchors in my life. I haven’t seen the success or audience I would have liked for them due to all the bad luck I had within the music business, but they both really helped me become the person I am today – I literally owe my life to music.

How do you think the music scene has changed since you got started?

The gate keepers have become less important. Before if so-and-so from the magazine or radio station didn’t support you then you were done. Now it’s all about your reach on social media and that’s all to do with how much money you are putting into advertising and marketing or your reach with the algorithms and the support of music playlists.

You have DJ’d at some pretty epic events such as at the BAFTAs, the Oscars and the Golden Globes and more recently the Elvis after party at Cannes film festival – what’s been your favourite event to DJ at and why?

ELVIS was pretty epic. It was a big full circle moment for me because I went to see Diplo DJ about 15 years ago at the Miami music conference before Major Lazer blew up – it was that night that everything clicked for me and I was like I AM A DJ! Then to be at the Cannes Film Festival DJing this incredible event on the croisette facing the Mediterranean Sea knowing that Diplo was playing at the same event. I was like wow, dreams actually come true.

Do you have any standout moments from your career so far?

Probably Wembley when Johnny Depp came up on stage with a rock star I was opening for who shall remain nameless. DJing to 10,000 people is just the biggest rush.

You are set to open up for The Libertines next month – how are you feeling about that? You guys have known each other since they were recording their debut album twenty years ago.

I’m so excited! I love those guys and I am so happy to be back at Wembley with them. It’s just incredible that 20 years later we are all here, alive and that I’m getting to do such an iconic venue with my old mates. It doesn’t get better than that.

You have worked with some pretty stellar names from collaborating with Tommy Lee to touring with Machine Gun Kelly. What would your dream collaboration be and why?

Depeche Mode or Nine Inch Nails would be my ultimate collaboration because their music means so much to me.

What would your advice be to any budding DJ wanting to emulate your success?

Don’t even try it mate! I’m already filling the spot so get in your own lane!

If you could give your younger self who is just starting out in the business some advice based on what you know now, what would it be?

Trust your gut – it’s right about everything.

What makes a good playlist?

An eclectic mix of music. Don’t make it samey. A good playlist should take people on a journey.

You have a super cool dress sense – where do you find your clothes from and how important is it to you to have such a distinctive look?

Thank you! I don’t really think about it too much, I’ve dressed like this my whole life. As I don’t have a stylist it takes some time to find different pieces that work for different events, but it’s worth spending time on.

What’s next on the horizon for you? Do you have any other music projects in the pipeline?

I have a new album waiting to come out. We are just figuring that all out right now so watch this space.

Amazonica’s album ‘Songs from the Edge’ is out now. Head over to her website to follow her on social media and to see where her next shows are.