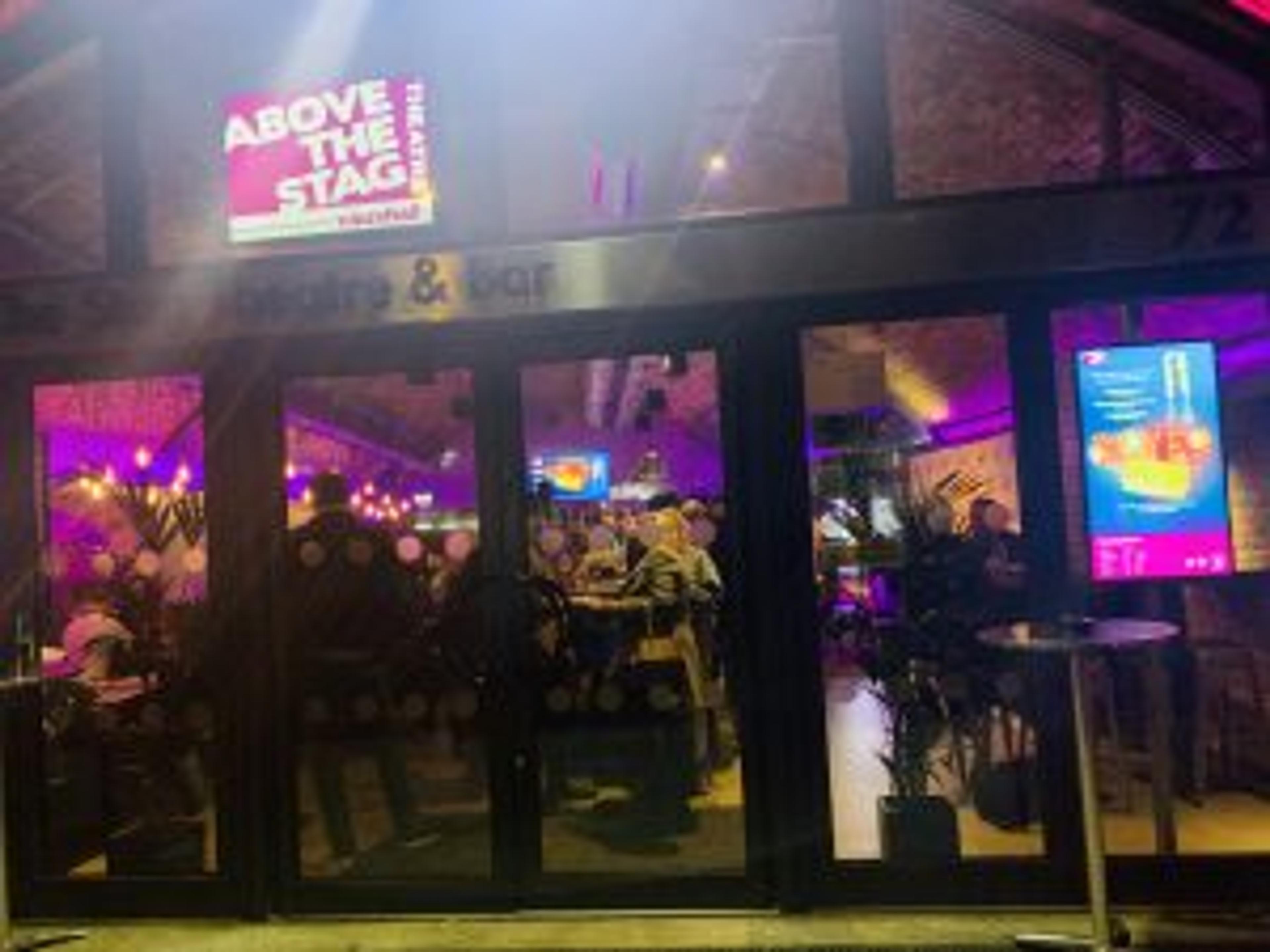 With its exposed brick walls, industrial style bar, and violet strip lighting, you could be forgiven for mistaking Above The Stag for an underground nightclub, or indie jazz bar. In

With its exposed brick walls, industrial style bar, and violet strip lighting, you could be forgiven for mistaking Above The Stag for an underground nightclub, or indie jazz bar.

In actual fact, Above The Stag is an independent charity and theatre company, whose main aim is to not only provide the LGBTQIA+ community with a voice, but a place to tell their stories.

Nestled in an archway beneath the roar of the London train lines in the heart of the city, many would find the theatre easy to miss. But for many others, Above The Stag is a refuge – a space for everyone, a space for equality, a space where people from all backgrounds, and all communities can come together, and lose themselves in the stories.

From comedy to poetry to cabaret, the theatre is home to a variety of performances across the year. Their team of artists and directors have developed a range of diverse new work to showcase, as well as revitalising old classics to connect with an LGBTQIA+ audience.

Which brings us to Above The Stag’s latest production – The Morning After – which House of Coco was delighted to be offered tickets to.

Theatre Director Andrew Beckett – who counts Grindr: The Opera and the theatre’s lauded pantomime Boom Bang-a-Bang among his successes – has breathed new life into Quilter’s comedy, filling the story with honesty, humour, and heart.

Based on the play by Peter Quilter (of Over The Rainbow and Glorious! fame) The Morning After (which runs until March 1st) follows a young man waking up in a stranger’s bed after a drunken one-night stand, and all the hilarity that ensues. Quilter originally wrote the play to feature a same sex couple, but found it difficult to sell, and realised theatre companies were more enthusiastic when he suggested a heterosexual couple instead. However, seeing gay marriages become a reality in places all over the world encouraged Quilter to restore the play to its original format, and he’s hopeful that ‘the play will now spread its wings and create a rainbow in a few other places’.

In an exclusive interview for Above The Stag, Quilter says he has noticed that plays billed as ‘gay comedies’ often turn out to have some sort of morbid or moralistic element, and therefore, his aim for The Morning After was to create something where every character survives, and the audience leaves happy. Far from tragedy, Quilter wants his shows ‘big and loud. The way life should be’.

And there can be little doubt that ‘big and loud’ is exactly what Above The Stag achieved with The Morning After.

It was a Friday night and a full house. There was a queue snaking right around the dimly lit bar, and every table and stool was occupied by animated theatregoers sipping prosecco, picking at bowls of caramel popcorn, and flicking through their programmes, whilst purple lights glowed and passing trains rumbled above our heads. When it was time for everyone to file into the auditorium and the lights to go down, there wasn’t an empty auditorium seat to be seen.

Taking place over a period of months in the same gaudily-decorated bedroom, The Morning After is an exploration of love in the real world ‘celebrating sex, family, marriage, and all the joys and complications of being gay’.

As well as being well written and well directed, the play offered impressive acting from all sides. Chris Cahill and David Fenne shone in their depiction of a blossoming love affair – old-fashioned romance alongside modern openness and honesty, whilst Colleen Daley and Matthew Lloyd Davies kept the audience in hysterics, as the loud, obnoxious and clueless relatives.

By the end of the second act, all of the characters were still very much alive and in love, exactly the way Quilter intended it. The show was sunny, witty, insightful, and uplifting, and every single member of the audience left the theatre with a smile on their face, more than fulfilling Above The Stag’s goal of diversifying theatre and bringing people from all different walks of life together into a single, shared space.